Climate change action is efficient only if taken by all 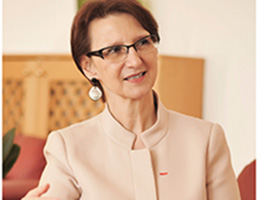 The Embassy of France in Serbia has been active in raising awareness about climate change, ahead of the United Nations Climate Change Conference – COP21 in Paris. It organized more than 15 activities, mobilizing more than 4,500 participants. „We had a very good feedback, and with time I feel that the debate has become less theoretical and more practical, and that people understand better what is at stake, what they can do, the benefits of action and the cost of inaction,“ says Christine Moro, Ambassador of France to Serbia, in an interview for Balkan Green Energy News. Conferences, exhibitions, debates and workshops were held in cooperation with Serbian authorities, local authorities, civil society, and international partners such as the Delegation of the European Union and the United Nations Development Programme, she added.

The Ambassador explained the ambition is to reach a global, legally binding agreement at the summit, as individual commitments made by many countries are insufficient, even if they are a step in the right direction.

What was the timeline of the activities and which event was the most successful?

We started to organize all these activities already last spring. I shall just give you a few examples. On June 9, at the French embassy, we held a public debate on climate, as part of a worldwide event held in more than 80 countries; 350 persons took part in the debate in Serbia.  In September and October, we set up a series of cultural and educational events at the French Institute, under the motto ’Environmental issues: what if we acclimate to it’. We had a big event in Kragujevac with around 80 mayors or civil servants from local authorities, to exchange views about  what a local authority can do to reduce gas emissions and energy consumption – and it can do a lot. In November we had an event on green economy for businesspeople and again local authorities, in the French embassy, and some big French companies gave concrete examples of efficient and relatively cheap equipment that can contribute to greener public utilities.

It is important to have a global vision and convince and gather all forces: government, local authorities, civil society, businesses.

How well is the topic positioned in domestic mainstream media’s coverage, now that there are also newsrooms with specialized reporting on climate change?

We have noticed an increasing interest in reporting on climate change, mainly thanks to online media specialized in ecology, sustainable development or economy, and to some printed weekly magazines. For example, in-depth analyses were available through a series of articles in Vreme. I was particularly happy to see the latest edition of Politikin zabavnik in which several pages explain the climate change issues to a wider and younger audience through excellent infographics created especially by the Paris climate conference team.  Not only in Serbia, efforts in communicating about the conference and climate change issues paid off and these very important subjects got better media coverage both in France and elsewhere.

The European Parliament has called, in its resolution on October 14, for legally binding policy measures to try and stop carbon emissions by 2050 worldwide. What are the expectations in France for the upcoming UN Climate Change Conference in Paris and for a potential global agreement?

The European Union has for years been one of the most active and ambitious actors in the debate, taking action and setting for itself (which means also the member states) ambitious targets, and it has already globally reduced its emissions in the framework of the Kyoto Protocol. But we know that action against climate change can be efficient only if taken by all, therefore France, as well as the EU and the UN, expect to achieve a universal agreement. It is also necessary that it be legally binding, and that it is reviewed regularly, every five years, to take stock of improvements – and problems – and to make, step by step, more ambitious commitments towards law-carbon economy, in view of reaching neutral emissions by the end of century.

We are confident, if the review process is adopted, that with good will and the technological progress and innovation in the future, we will succeed to limit the average temperature rise to 2°C.

The target so far is to limit the planet’s average temperature rise to less than 1.5–2°C. Although to date 161 countries have submitted their contributions, covering 90% of global greenhouse gas emissions, we know that the commitments taken so far are not sufficient to reach that aim. But the number of contributions, the awareness of countries with high emissions, are very positive signs. We are confident, if the review process is adopted, that with good will and the technological progress and innovation in the future, we will succeed to limit the rise to 2°C.

France has also promoted the significance of COP21 across our region. Will we see further scientific exchange or study visits by businesspeople and professionals?

Definitely! This 2015 climate year has brought lots of new perspectives for our bilateral cooperation, which is already important in the field of environment in the framework of preparation for Serbia’s EU accession. All the activities we organized and the awareness-raising in Serbia, create new opportunities. We took the opportunity of this world climate mobilization to identify new partnerships in this issue.

In your opinion, which field is the most important for Serbia to focus on, in the struggle for climate change mitigation?

On one hand there is adaptation: what Serbia must do to prevent natural catastrophes such as floods, droughts, and to adapt, for instance, agriculture in a changing climate. On the other hand, there is the reduction of GHG emissions and action must be taken on energy consumption and diversification of energy sources. It is definitely necessary for Serbia to develop renewable energy.

Are lawmakers and local authorities in France making standards stricter for human behaviour and for companies? Which initiatives can you single out?

In spring we adopted a new law on energy transition which encompasses a wide range of legal measures to encourage the change, both in economy and attitude. This shows that the solution is not simple; it comes from a variety of changes which, step by step and in all fields, will converge towards the target. This is why it is important to have a global vision and convince and gather all forces: government, local authorities, civil society, businesses.

A few examples of what can be done: in Poitou-Charentes region, a ‘solar plan’ was adopted in 2008 and a photovoltaic fund created in 2011. This public –private partnership for the production of photovoltaic electricity is the result of a unique alliance between the Poitou-Charentes Region, Solairedirect (photovoltaic independent operator) and Sorégies Séolis (local energy distribution companies). This helped an innovative model for local energy production and added competitiveness to the solar industry in France.

With time I feel that the debate has become less theoretical and more practical, and that people understand better what is at stake, what they can do, the benefits of action and the cost of inaction.

Engie, a French company, announced this summer 12 new commitments to continue the group’s efforts in the fight against climate change. Engie commits on voluntary basis to reduce by 30% its own greenhouse gas emissions by 2030, in order to prevent 60 million tonnes of greenhouse gasses from 2020 to its customers. It intends to achieve that target by recycling waste, multiplying by three its production of alternative water up to 2030, and finally by deciding an internal carbon price in 2016.

Have French companies in Serbia and the region been active in introducing measures for sustainable development, particularly in the field of renewable energy and energy efficiency?

French companies are active on this topic in Serbia and in the region: this dynamism has been promoted in a conference on green economy held at the French embassy, on November 5. This event presented French and Serbian projects in favor of energy diversification: Veolia presented achievements from the use of biomass in Hungary and from biogas in Romania. Electricité de Strasbourg, partner with IEL, detailed a study of geothermal potential of Serbia which will start in the first half 2016 at the expense of the Government of the French Republic (as part of our encouragement to energy transition in Serbia). Lafarge Holcim has shown the techniques to reduce energy consumption, emissions of carbon dioxide in Beočin. When it comes to advanced technology to service buildings and smart cities, Schneider Electric presented its computer program management of electricity networks (smart grid), in partnership with EPS. For all this very encouraging examples, I think that French companies are definitely involved to help Serbian companies in the field of renewable energy and energy efficiency.

Are there any successful examples that Serbia may follow in its policy? What is the role of activists and their organizations?

Serbia has been bracing itself for the Paris conference for months now and the country has emerged as a leader in the Balkans in the fight against climate change, through its numerous initiatives to implement policies to reduce greenhouse gas emissions. The awareness and involvement of all citizens will also be very important for the implementation of the commitments taken and for the continuation of progress in the future. So yes, the constructive role of civil society is important. 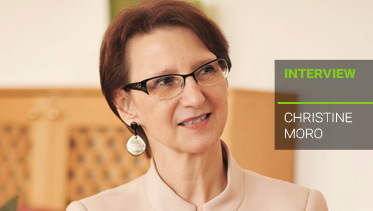