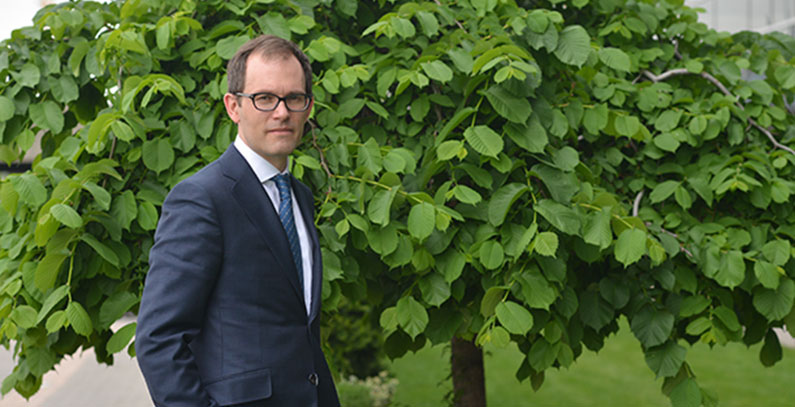 Government and regulators are responsible for empowering decision makers on the local level as well as for clarifying how to engage with private energy service companies (ESCO) to establish public-private partnerships (PPPs) in energy efficiency, says Toivo Miller from the European Bank for Reconstruction and Development (EBRD), adding concrete investments in the field are done on an individual basis, in small projects that concern a street or a building. The major international lender has been spurring and backing activity in the sector through its Regional Energy Efficiency Programme (REEP), which includes preparations and technical assistance. Miller, who is principal product development manager, notes instances higher up have the responsibility to guide rather than simply approve projects. REEP is funded by the European Union’s Western Balkan Investment Framework (WBIF) and implemented in cooperation with the Energy Community’s Secretariat.

What were the first steps in the Regional Energy Efficiency Programme (REEP) for the Western Balkans?

Energy is used inefficiently in the Western Balkans and the topic is very important for the EBRD. Our board decided to increase financing in the sector to 40% by 2020. Energy intensity in the six countries is three times higher than the average for the European Union, as a result of aged and often obsolete energy infrastructure and poorly maintained and outdated energy-using capital stock – especially in industry and buildings.

Efficiency provides a perfect win-win solution. When properly supported by a solid legal and institutional framework and backed up by well designed and implemented investment programmes, increased energy efficiency delivers many cost-effective benefits for competitiveness, the environment, security of energy supply and economic development in general.

REEP, as we call the programme, focuses on energy efficiency with a slightly larger focus on the public sector. It has a role to set an example, but it also requires procedures to be set out for any work to be done. Therefore our first step was to prepare contract templates and support the procurement preparation.

In Serbia, contract templates for street lighting and for energy savings in buildings were adopted, and that empowered municipalities and gave them confidence and security. That protects their rights and interest, while in balance it is also accepted by companies, so local authorities like the one in Žabalj launched the first projects.

Were there significant obstacles in awareness from tradition, legacy?

The second issue is the detailed description of the technical solution to be applied. Such solutions are often based on past experiences rather than on the most advanced and competitive current technologies, which will typically be proposed by specialized private sector partners. If you look at PPPs and ESCO projects, it is the private side that can make the best offer in the economic and technical sense. Procurement in energy efficiency projects in public-private partnerships requires a new level of flexibility. It should be a functional tender, in a way that technical solutions are not necessarily prescribed by the municipality, but rather that municipalities prescribe the function they procure.

Recent estimates are that if we invested in energy efficiency in street lighting, savings in electricity costs of EUR 19 million to EUR 34 million are feasible in Serbia alone.

How are individual countries progressing?

Countries are progressing on different speeds. But it has also become clear that the complexity of projects determines the market uptake. Overall, street lighting seems to be a less complex, more accepted project type in the public sector. In Croatia alone, REEP has prepared street lighting projects with a value of more than EUR 10 million. But, together with contract templates, they have also been prepared in Serbia under REEP and the first projects are implemented, with Belgrade and Novi Sad being interested too. Heat supply with biomass seems to be an attractive project type in Bosnia and Herzegovina.

In Serbia, the Ministry of Mining and Energy understood the importance of energy efficiency and providing a secure, clear legal framework. It invited the EBRD to support the preparation of contract templates and adopted those as bylaw. This gives municipalities and companies clarity and security, as it is clear that any PPP and ESCO in street lighting or public buildings has to use these contracts.

How does the introduction of energy efficiency measures differ on the local level and higher up?

Any investment project takes place on a local level. It is the municipality or the building owner that need to have the confidence to sign a contract and to feel confident to explain to citizens why energy efficient street lighting is a positive project. The particular investments are small, like for a kindergarten or a school, but the real heroes are there. The owners, the mayor, the energy manager and the procurement officer work together and bring energy efficiency, a green revolution.

A good ESCO contract template makes this easier, as technical and performance risks are taken by the private companies. Therefore the higher political levels play a different role; they can provide political support, guidance and good contract templates and help clarify strategic questions. We heard from municipalities that Aleksandar Antić, Serbian energy minister, wrote a very strong support letter, encouraging municipalities to use this concept, established in the contract template in the bylaw.

At the local level we still see some hesitation, as local authorities are not quite sure yet how everything works and what they should do. Under REEP, EBRD helps prepare tender documentation and provides technical support. We go to municipalities and the ministry and clarify specific technical issues such as when value-added tax becomes payable.

ESCO market elsewhere
In other countries the market is more developed and there is no need to convince municipalities to initiate energy efficiency projects. In Germany the ESCO market alone is worth up to EUR 8 billion annually. But also in Latvia, for instance, we financed an ESCO facility in December. And closer to the Western Balkans, Slovenia is a good example, where energy efficiency and ESCO projects are well understood. For instance, Novo Mesto is using support from EBRD ELENA (European Local Energy Assistance) to prepare ESCO projects.

Are the workforce capacity and skills improving at a satisfying pace?

While the skill level could improve, it is probably more the view or attitude that has to change: traditionally an engineer makes a technical design, for example a heating system, in such a way that it is rather overdimensioned in order to heat a building in any kind of circumstance. For energy efficiency the heating system has to be dimensioned in such way that it is sufficient to heat the building. Any excess dimensioning will result in wasting energy, which means it will be inefficient. But people are clever and quickly understanding this different approach.

The engineers I’ve met are very skilled and educated. Ongoing innovation in technology is just a part of life and a learning process. For instance, most or all projects in Serbia will now be done with LED (light-emitting diode) systems, because the price of the equipment has been declining, and energy costs are rising.

After the initial public-private partnerships have been established, can we expect a wider adoption of the model? Do you see experience being shared?

We started to use the PPP and ESCO concept for street lighting projects. This was due to street lighting being one technology, project boundaries being clearly defined and savings being high. REEP has supported many street lighting projects, 11 of which have been implemented in Croatia and Serbia, while some years ago there were only a few implemented. As a development bank, we have the roll to do the heavy lifting, the hard work in the beginning. More projects are under preparation, including in Belgrade and Novi Sad. Of the 45 PPPs approved in Serbia, 19 are energy-related and there’s an upward trend. Now it will be about more scale and experience.

The next step is to use the concept now for other projects, including district heating and public buildings. It’s more complex, as there are computers, lights, ventilation and kitchen appliances… In fact we will have kickoff meetings for one district heating PPP/ESCO project and for three more in buildings in the coming days.

What about awareness of the need for investment in energy efficiency among local or government authorities?

Awareness in the public sector still varies a lot. There are municipalities that understand the benefits and they have initiated energy efficiency projects. Likewise, there are ministries that are supportive.

However, there is still a need for a better understanding, also in different functions. For instance, colleagues working in public procurement or in finance often do not have all the knowledge to understand the benefits of energy efficiency investments.

Can you single out successful programmes or projects in heating, buildings and lighting that the European Bank for Reconstruction and Development helped?

A recently financed street lighting ESCO is Javna razsvetljava d.d. in Slovenia. There are a number of other good examples and we hope to replicate them in the region. For street lighting the first ones were in Croatia – Novigrad, Vrbovec and Podbablje. We intentionally start work with smaller places as everything can be implemented more quickly and they are not as exposed like capital cities, where all the political interest slows it down.

A recent ESCO financing facility we financed was in Latvia, where ESCOs achieve average heat savings of 54%, while residents do not have to pay any more than their previous heating bills. For biomass there are a few good examples in the region, for instance in Prijedor in BiH. For large newly built public buildings that were financed through a PPP structure we have good examples in Turkey.

What are your experiences elsewhere in this field?

In other countries the market is more developed and there is no need to convince municipalities to initiate energy efficiency projects. In Germany the ESCO market alone is worth up to EUR 8 billion annually. But also in Latvia, for instance, we financed an ESCO facility in December.

And closer to the Western Balkans, Slovenia is a good example, where energy efficiency and ESCO projects are well understood. For instance, Novo Mesto is using support from EBRD ELENA (European Local Energy Assistance) to prepare ESCO projects.

Do you have data on the scope of possible savings and hiring, and what is the horizon for the energy efficiency cycle in the Western Balkans or in separate markets?

As a result, there is significant untapped energy efficiency potential in the Western Balkans with the World Bank estimating that up to 35% of total household energy, 40% of the public sector and 25% of industrial and commercial energy could be saved cost-effectively. In colder areas further north results can be bigger. Projects also become more attractive and viable, including the abolishment of subsidies, so there is more potential.

Recent estimates are that if we invested in energy efficiency in street lighting, savings in electricity costs of EUR 19 million to EUR 34 million are feasible in Serbia alone. If we use Germany as benchmark, then in Serbia alone one could estimate that up to 22,600 jobs could be created but this requires ministries politically supporting new projects and municipalities initiating them. However, we can already see a positive development by new companies entering the market, including international ones.