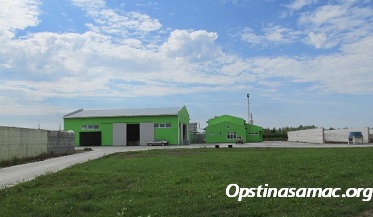 Biogas-fired heat and power plant Buffalo Energy Gold MG in Novo Selo near Šamac, a town in the northeastern part of the Republika Srpska,  is expected to begin full production of electricity in fifteen days, and in the next 15 years it be delivering electricity to the network.

Owner Goran Mitrović said the investment is completed, that the building is in use with the trial period is over and that it delivered the first quantities to the grid. The facility is certified, he said for the municipal website and added it may cover a third of local power demand with an overall capacity of 1 MW for electricity and 1 MW for heat.

He pointed out the unit uses biogas from crop residues and biomass of all types, adding that manure is also utilized. According to Mitrović, production of fertilizer briquettes will include drying with the heat generated by the facility.

Head of the economic department at the Municipality of Šamac Milan Simić said the entrepreneur plans to spend more than BAM 15 million (EUR 7.6 million) by 2020 at the estate in total and that half of it has already been invested in the cogeneration unit.