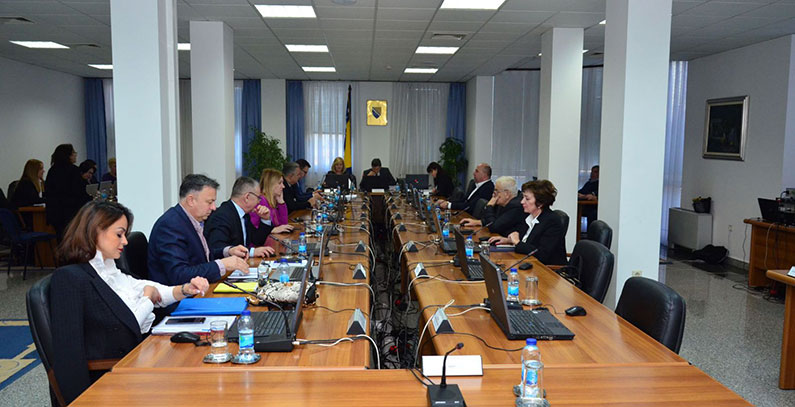 The Government of the Federation of Bosnia and Herzegovina (FBiH) has given the initial consent for four wind farms with a total installed capacity of 165.8 MW to obtain energy licenses. They are planned to be built near Tomislavgrad and Posušje.

BiH currently has two wind farms, with a total capacity of 86.6 MW. The 50.6 MW Mesihovina wind farm started trial production in March 2018 while Jelovača, with turbines of an overall 36 MW, received the operating permit in June 2019.

FBiH said on its website that it gave the Federal Ministry of Energy, Mining and Industry (FMERI) preliminary approvals to be issued to Gradina Tomislavgrad for the first phase of Gradina wind farm, Relaks Posušje for the construction of the Oštrc facility, Tomkup Tomislavgrad for Baljci and Kamen-Dent Mostar for the energy permit in the Pakline 2 project.

The planned capacity of the Gradina wind farm’s first part is 41.6 MW. Baljci and Pakline 2 are 48 MW each and Oštrc system is envisaged to have 28.2 MW.

Gradina was developed by Chinese company CMEC. DIV Group from Croatia plans to build three wind farms in the area of ​​Tomislavgrad and Kupres. The units are filed under Kupres, Pakline 1 and Pakline 2, according to its website.

Investment of EUR 35 million is planned for the Oštrc power plant and it has a concession contract, Grude portal reported.

The Pakline 2 and Baljci wind farms entered the federal ministry’s register of energy permits in 2015. Gradina followed in 2016, and Oštrc got it in 2019.

So far in FBiH, five investors in wind farms were awarded energy permits, with another six projects in the pipeline

According to official data as of October, five investors in wind farms with 230 MW in total were awarded energy permits. Another six entities, with endeavors of 190 MW altogether, are in the process.

The FBiH Prime Minister will forward information on activities in the process of issuing the energy licenses to the FBiH Parliament for approval, in order for the ministry to carry out activities prescribed by the relevant decree, the federal ministry said.

The said federal ministry should go ahead with Oštrc as wind farms with a capacity of less than 30 MW don’t need any other approval.