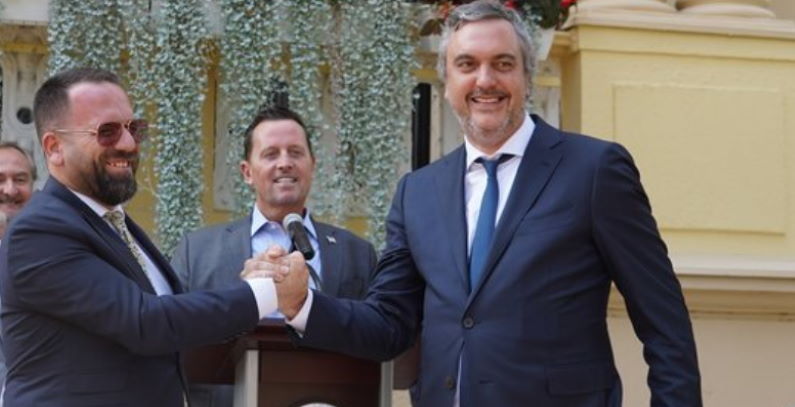 The Chamber of Commerce and Industry of Serbia and Kosovo Chamber of Commerce said they would establish an economic cooperation team to contribute to upcoming projects in energy, sustainable tourism, infrastructure and transportation. One of the fields of joint work is sustainable energy and diversification and support for a future power plant in the region that would use lithium ion electricity storage.

The United States International Development Finance Corporation (DFC) set up an office in Belgrade. The chambers of commerce of Serbia and Kosovo* used the occasion to vow to help the development of the Western Balkans in the economic, social and political sphere and announced a joint group would support plans for a power plant in the region that would install an energy storage facility.

The efforts for the normalization of relations between the two sides include the production and diversification of sustainable energy and research and exploitation of lithium, to be used for the batteries in the facility, and different valuable ores, the statement adds. Rio Tinto is exploring a lithium reserve in Serbia’s Jadar area.

One group tasked with sustainable agritourism

A new economic cooperation team will provide assistance to the governments, business community, DFC, US Export-Import Bank, US and European Union institutions and all participants in the processes, according to the announcement. It should be involved in developing infrastructure and transportation as well.

A group for agritourism will be tasked with considering possibilities for sustainable tourism making use of local destinations like the mountains of Kopaonik and Brezovica and the Rugova canyon, the Chamber of Commerce and Industry of Serbia (PKS) and Kosovo Chamber of Commerce (KCC) said. Their presidents Marko Čadež and Berat Rukiqi signed the statement.

A team for infrastructure development should contribute to the construction of a highway between Niš and Prishtina, the reconstruction of railway lines and links with ports in the Adriatic Sea, they added. PKS and KCC highlighted the potential for industrial zones and said technology would be obtained for producing energy from waste and other endeavors.

Executive Director of the American Chamber of Commerce in Kosovo Arian Zeka told Radio Free Europe said the two sides discussed the possibility to use liquefied natural gas or LNG.

Serbia and Kosovo* signed an agreement in Washington DC earlier this month to normalize economic relations, but a power plant and energy storage weren’t mentioned in particular. The deal was brokered by the United States.