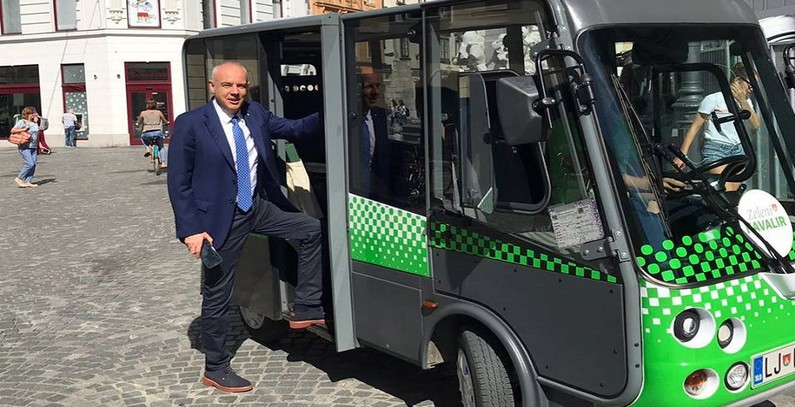 “Ljubljana will share its experiences with us, which will help us achieve the goals and become a candidate. Ljubljana won the prestigious award in 2016. Belgrade has an enormous potential to also get this recognition, for which it will put forward its candidacy this year,” Radojičić was quoted as saying.

Ljubljana applied for the award four times before finally winning it. Janković spoke about the award in an interview with Balkan Green Energy News.

“I would like to stress that we will make utmost efforts to gain this status, as well as that we will apply this year, but should we fail, we will be persistent in the years to come in attaining the goal of Belgrade becoming the European Green Capital,” Radojičić said.

The European Green Capital Award is an initiative of the European Commission aimed at supporting efforts and innovation in resolving environmental problems in urban areas.

Belgrade’s City Architect Milutin Folić, who was part of the Belgrade delegation to Ljubljana led by Radojičić, recalled that Ljubljana is one of the leading European and global examples of how an urban center can transform into a city for people, in which pedestrians, cyclists, and the public transit system are given priority, according to the City of Belgrade’s website.

Cycling is prominent in Ljubljana, and the intention is for this to be the case with Belgrade as well, Folić told Tanjug. The project “Let’s Cycle in Belgrade!” launched last year envisages building around 120 kilometers of new bike lanes, he recalled.

Belgrade will also introduce a bike-share scheme allowing residents to rent a bike in one spot and return it in another, with the first half-hour or hour to be free of charge, he recalled.

“Less than 1% of Belgrade residents cycle, but we expect the bike lane network development and the launch of the bike-share scheme to lift that percentage to at least 5%. Belgrade’s hilly disposition in some parts of the city is unfavorable for cycling, but in New Belgrade, for example, there is absolutely no reason for residents not to cycle to work or elsewhere in fair weather,” said Folić.

By comparison, more than 50% of residents in Copenhagen, Denmark cycle every day, while the share in Ljubljana is about 15%, he said.

He also said that around 200 bicycle parking facilities will be built in Belgrade, some 50 of which have already been installed.

The deadline to submit bids to the Belgrade Land Development Public Agency is September 28 at noon.