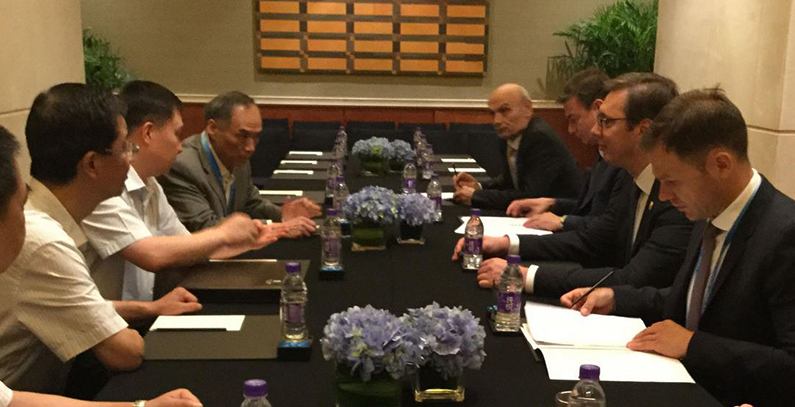 Belgrade Mayor Siniša Mali announced the construction of a wastewater treatment plant just outside the city. Mali said a deal had been reached on the project with the Chinese company Poly Group during a visit by a Serbian delegation to Beijing.

Poly Group will complete the construction of a wastewater collector and a pipeline to take waste water to the processing plant in Veliko Selo. We want the Sava and Danube rivers to be clean so that the water in Belgrade is pure like the water in Vienna where you can see the river bed and at this moment all waste water flows into the Sava and Danube polluting our rivers, the Belgrade Mayor said.

Mali said an agreement had been reached with the Chinese company to complete the construction of the sewer system in Belgrade, adding that this project has been on the capital’s agenda for some 30 years.

The contracts on the completion of the sewer system and the water purification plant is due to be signed within a month, Mali said. He did not disclose the value of the two deals.

The Beijing-based Poly Group is under the jurisdiction of the Assets Supervision and Administration Commission (SASAC) of China.

Earlier this year, the European Bank for Reconstruction and Development (EBRD) and the city of Belgrade have announced a call for a consulting company to produced the studies, design and tender documents for the construction of the first wastewater treatment plant in Batajnica, one of five sewage systems in Belgrade together with Veliko Selo, Ostružnica, Krnjača and Boleč–Vinča.

The Belgrade Mayor said that he also spoke to representatives of the Chinese Higer company about the possible purchase of a number of hybrid electric city buses to complement the five buses already in operation in Belgrade and the possibility of those buses being built at the Ikarbus plant in Zemun.