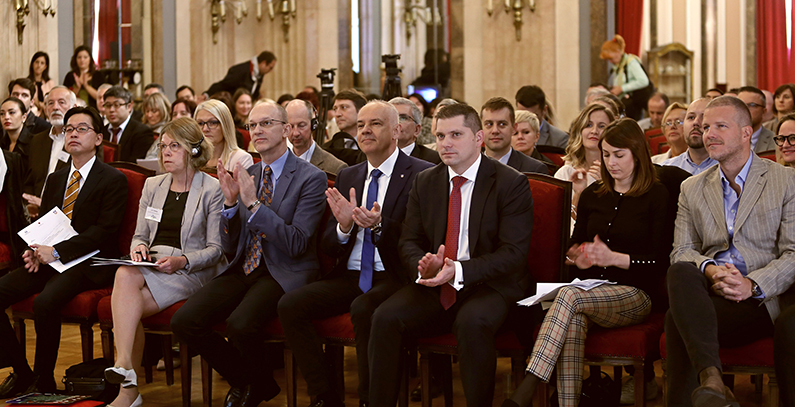 At the start of the initial conference for the preparation of the action plans, Mayor Zoran Radojičić signed an agreement to join the Covenant of Mayors for climate and energy. Funds for the GCAP and SECAP projects will be donated by the Japan Fund for the Joint Crediting Mechanism (JFJCM) and the EBRD.

The Green City Action Plan and the Sustainable Energy and Climate Action Plan will be drafted over the next 15 months, Radojičić said.

The mayor noted that Belgrade committed itself today to working more on climate change mitigation and the city’s sustainable development.

EBRD Deputy Head of Municipal and Environmental Infrastructure Lin O’Grady said that the Bank, in cooperation with the City of Belgrade, will work to identify important environmental investments for the city over the next 12 months.

Tetsuya Tsubota, adviser at the Embassy of Japan in Belgrade, said that the Japanese government supports Serbia in improving environmental protection and will continue to do so in the future.

Heating oil-fired boilers to be phased out by 2021

Nikola Nikodijević, speaker of Belgrade’s city assembly, recalled that the City has adopted a decision to ban the sale of plastic shopping bags, as well as a decision on air quality.

Belgrade has introduced five electric buses as a pilot project that proved to be good, and next year 80 more electric will be bought, he said.

Nikodijević expects Belgrade to not have a single heating oil-fired boiler for district heating by 2021, which will decrease air pollution.

Minister of Environmental Protection Goran Trivan praised Belgrade for making significant progress on environmental protection, primarily in raising citizens’ awareness. He said that the ministry will provide its utmost assistance and support to Belgrade to win the European Green Capital Award.