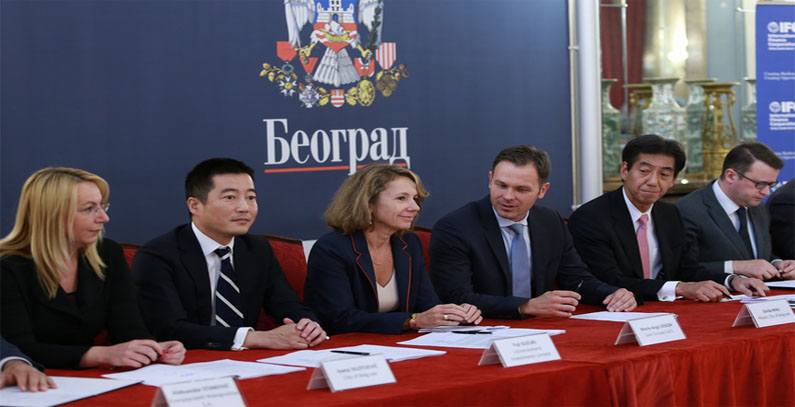 The City of Belgrade payments to a special purpose vehicle (SPV) established by a consortium of Suez and Itochu will be substantially funded by new, waste treatment tax while the prices of power and heat to be produced at a future waste-to-energy facility are guaranteed under long-term agreements with public power utility Elektroprivreda Srbije (EPS) and the municipal district heating company, Philippe Thiel Suez’s Country Manager said during 10. Balkan Energy Finance Forum 2017 in Belgrade.

On the end of September, the consortium of Suez and Itochu and the City of Belgrade entered into a 25-year public-private partnership (PPP) for the remediation of the Belgrade municipal waste landfill Vinča and the financing, construction and long-term operation of modern waste management facilities.

Discussing of the Suez-Itochu project in Serbia Thiel said that a competitive dialogue resulted in a suitable risk allocation and a bankable project.

“SPV is paid an availability payment in EUR securing no forex and volume risk, and no third party waste. The waste’s lower calorific value is fully mitigated by the flexibility of the energy from waste combustion diagram and availability of the surplus waste. The City’s payments (60% of SPV revenues) will be substantially funded from a new, earmarked waste treatment tax topped-up by the City’s general budget,” Thiel pointed out.

He said that the annual availability payment charged by SPV is approximately EUR 35 million.

“The City’s current waste management budget is around EUR 34 million per annum, financed 50% from households and 50% from businesses. The average bill per household is now EUR 27, accounting for 0.5% of its annual expenses,” Thiel pointed out.

The waste-to-energy facility will generate over 80 MW of renewable heat and electricity.

“Power prices of 85.7 EUR/MWh are guaranteed in EUR under a 12-year power purchasing agreement (PPA) with national company EPS. Heat prices of 30 EUR/MW and volume are guaranteed under a 25-year take-or-pay Heat Offtake Agreement with the heating company,” Thiel said.

The largest PPP ever signed in Serbia

The municipal landfill Vinča near Belgrade is one of the 50 largest in the world. The 25-year PPP is the largest ever signed in Serbia.

Once the new facilities are available, the municipal landfill will be closed. The joint-venture will undertake the remediation and long-term aftercare of the 60 ha landfill.

Completion of construction is expected in 2021 and the facilities will be operated by SUEZ for a 25-year term.

The tender was organized by the City of Belgrade with the support of International Finance Corporation, the private finance institution of the World Bank Group.