Attenborough is most influential celebrity in environmental poll 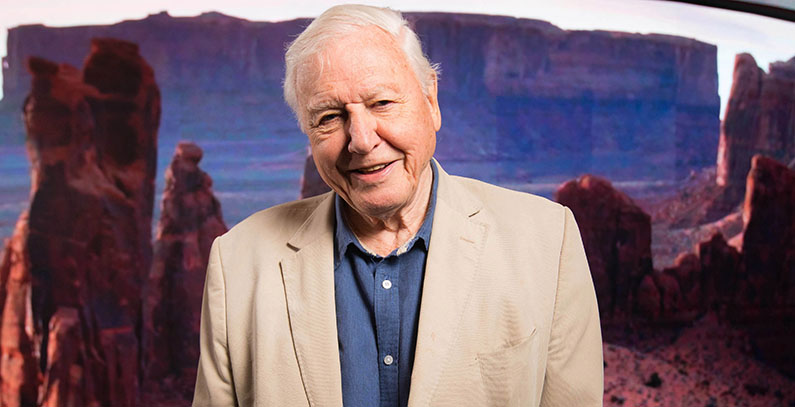 Elon Musk, founder and chief executive of Tesla, landed second in approval level due to innovations in the automotive industry, mobility and energy. Neil deGrasse Tyson is the next celebrity in the chart of influence in environmental action.

Barack Obama, who has 112.9 million followers on Twitter, is in the ninth position of the list ranking famous people in environmental protection and by the perception of influence in the world in the matter. Unlike him, 93-year-old nature historian and producer David Attenborough isn’t active on the social network, but he tops the list with an 87% rating. The main task for the participants in the poll was to name a celebrity who can help the most against environmental degradation.

There is still a solid 49% approval for the former president of the United States, according to ClearItWaste. The British firm which handles unwanted waste commissioned the survey.

Innovations in green technologies were the most likely factor that got Elon Musk, Tesla’s founder and chief executive, to the second position with 78%. The visionary and his associates built an empire of electric cars, autopilot driving features, photovoltaic panels on roofs and commercial and household battery storage.

Moreover, he has been digging tunnels and developing an express underground transport system for people and vehicles via his project Boring Co.

Neil deGrasse Tyson is third celebrity in the list of those seen as the most capable to lead toward change in the fight against environmental disasters such as global warming. The astrophysicist, who breaks down science and natural phenomena for a wider audience, has 72%.

Coming in with three points less is Bill Gates, Microsoft’s cofounder and former CEO. He has the second-biggest army of followers here – 48.8 million, compared to Musk’s 31 million. Last year’s most popular celebrity in environmental activism Greta Thunberg is another three percentage points behind. The 17-year-old public figure has 66%.

Talk show host and billionaire Oprah Winfrey is tracked by 42.8 million accounts on Twitter. It is over two times more than in the case of actor Leonardo DiCaprio, with whom she shares a 57% rating. Breathing down their necks is actress and activist Emma Watson, who took the eighth slot with 55%. She has a notable bunch of followers, 29.1 million.

DiCaprio took notice of developments in our region last year. He and musician Manu Chao supported the struggle of citizens of Albania and Serbia, respectively, against the construction of small hydropower plants.

Actress Jane Fonda, who has a track record in activism of more than half a century and was arrested while standing up for the cause, protested again earlier this month in front of the US Congress. She and colleagues Joaquin Phoenix and Martin Sheen have participated in a demonstration for climate action.