At least 1,000 projects are ‘shovel-ready’ for EU green recovery 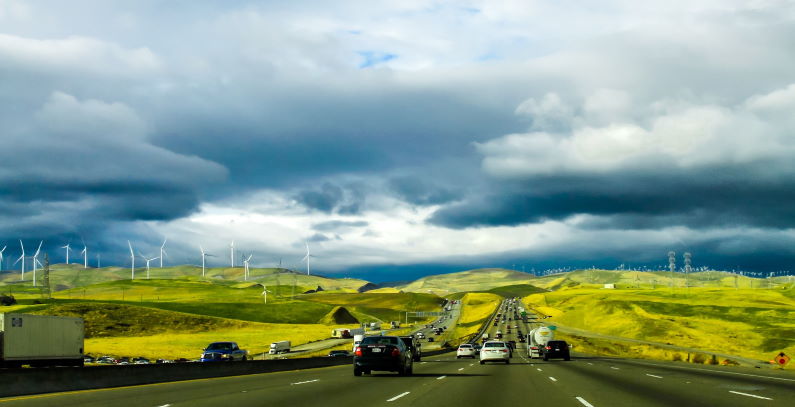 EY identified more than 2,000 green development projects in the EU which could be funded from the central budget and it also highlighted one thousand that are already prepared for implementation. Romania, Greece, Cyprus and Croatia are in the lead in Southeastern Europe in different categories in green recovery investments.

While the European Union is preparing budget funds and an emergency package to support the economy after the coronavirus’s devastating blow, business consultancy EY already picked one thousand projects in the area of green development that could benefit from the stimulus. In the seven-year financial framework of EUR 1.82 trillion, the EU gives priority to a green recovery – energy efficiency, mobility, cleaner fuels and a just transition from coal to renewable sources.

The list actually has more than 2,000 projects. The best ones were identified according to technology relevance, the possibility to create social, environmental and economic value within two years and the strategic value for net zero emissions trajectories.

Moreover, EY said it captured only one tenth of the green projects under development and that they could be worth an overall EUR 1 trillion and bring 12 million full-time jobs. The one thousand endeavors are “shovel-ready”, except that some “need a last push” against administrative and commercial barriers or to get additional financing.

Some of the endeavors among the top 1,000 require one last step to begin

The purpose of the report, which was commissioned by the European Climate Foundation, is to support green recovery in the EU by showing the fully prepared investment opportunities in energy, construction, transportation, industry and land use.

The biggest countries are dominant in the overall sum, though the region tracked by Balkan Green Energy News has a solid ranking according to many parameters. Romania has 38 projects, the most in Southeastern Europe, compared to Greece’s 37, Croatia’s 34 and Bulgaria’s 24.

Startups and small and medium-sized enterprises take up 30% of the list and they include innovation like sustainable mobility, green hydrogen, land remediation and low carbon construction materials.

More than a fifth are investments of up to EUR 5 million. States and companies will earmark an overall EUR 200 billion, which could create 2.3 million full-time jobs. That’s less than one fourth of the jobs lost since the start of the pandemic.

The consultants that produced the list calculated that the one thousand projects would prevent the emission of 2.3 gigatons of carbon dioxide equivalent.

The largest number of projects is in the energy sector, 374. They are worth EUR 75 billion and they would save 464 megatons of CO2 equivalent. Transportation is next, at 217, but it would require EUR 87 billion in investment and prevents emissions of an impressive 1.49 gigatons of carbon dioxide equivalent.

Sweden has the most projects per million inhabitants – 8.5. It is followed by Cyprus, where the indicator is at 8.3. The Euroasia Interconnector, future undersea cable linking it with Israel and Greece, is the most important undertaking for the Mediterranean country. It is planned for a capacity of 2 GW and is worth EUR 2.5 billion.

Slovakia is third, at 8.1, and Croatia next with a rounded figure of eight prepared endeavors per million people. Slovenia (4.8), Greece (3.4) and Bulgaria (3.3) are also among the top 15 in the category.

As for energy, Romania is ranked fifth with 23 projects, which makes it the best in Southeastern Europe. For instance, Hidroelectrica plans to invest EUR 596 million in the construction of an offshore wind power plant.

Greece and Croatia have 17 each, and Bulgaria appears 12 times, which places it in the middle of the chart. In Greece, Independent Power Transmission Operator (IPTO or Admie) is preparing a submarine interconnection between Attica and Crete. The endeavor is called Ariadne and EUR 1 billion will be spent on it.

The power link between Israel, Cyprus and Greece is worth EUR 2.5 billion and the Crete-Attica interconnection is valued at EUR 1 billion

In the transportation domain, Romania is also in the lead among the countries of the region. It came in ninth with its eight projects. Bulgaria and Greece are near the EU average, having five and four entries, respectively. The local authority in Sofia will pay EUR 50 million for electric buses and Athens is building the fourth subway line for EUR 1.8 billion. It will be 33.5 kilometers long.

Croatia has seven selected projects in the buildings section and holds a strong fifth place in the EU in the section for green recovery. EY showed the example of the refurbishment of a theater in Vinkovci, in which EUR 1 million will be invested.

Greece tops the list in the Balkans in the industry sector with 13 undertakings, but it is seventh in the EU. Croatia is also seventh in land use, where it has four shovel-ready projects. One of them was launched by a firm called Agrivi. It will integrate a EUR 300,000 farm management software (FMS) which factors in carbon emissions and helps with the introduction of sustainable practices.

Of the remaining projects in our region, EY pointed to the power corridor that Slovenia’s Elektro Slovenija (ELES) and Italian Terna are installing to connect the two states. The investments value is listed as EUR 755 million. Among the smaller projects, the authors mention the iCat’s SolarCat of EUR 5 million. The startup is developing an energy independent passenger ship running fully on solar power.