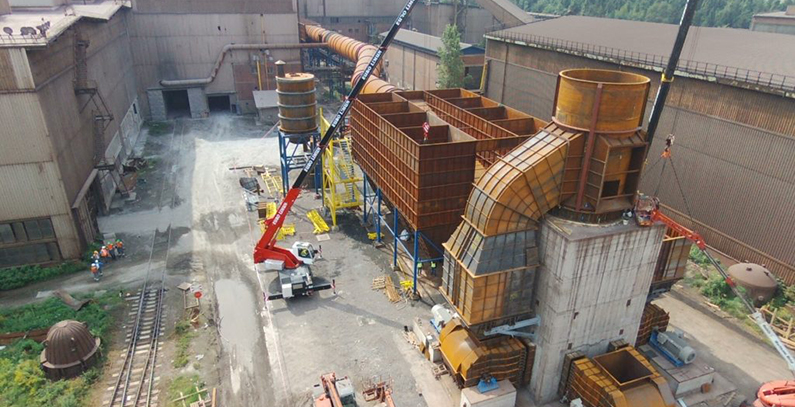 Steel producer ArcelorMittal Zenica has completed two major investments, worth EUR 7.7 million, to reduce dust emissions. The projects will ensure the increase the environmental protection in the city of Zenica in Bosnia and Herzegovina.

Investments will help reduce the pollution created by the steel plant, which made Zenica one of the cities with the most polluted air in the region.

The first project was the installation of a second hybrid filter in the sinter plant, and the second is the secondary dedusting system on the basic oxygen steelmaking (BOF) plant. Together with the construction of Toplana Zenica‘s combined heat and power (CHP) plant will ensure that ArcelorMittal Zenica fulfills almost all of the legal obligations stated in the environmental permit by the end of 2020, the company said, local media reported.

The investment in the second hybrid filter is worth EUR 5.6 million. The first filter was installed in 2017 in cooperation with Danish FLSmidth.

By installing the second filter, dust emissions have been reduced below 10 mg/Nm3, compared to the 50 milligram threshold in BiH, but also under the European limits, the company said.

The EUR 2.1 million investment in the secondary dedusting project on the BOF steel plant was implemented by Italy-based Ecoplant. The commissioning of the new system is underway and should be completed by the end of the year.

Nikhil Mehta, CEO of ArcelorMittal Zenica, said steel production in the city has been going on for almost 130 years and that the goal is to continue for many years to come.