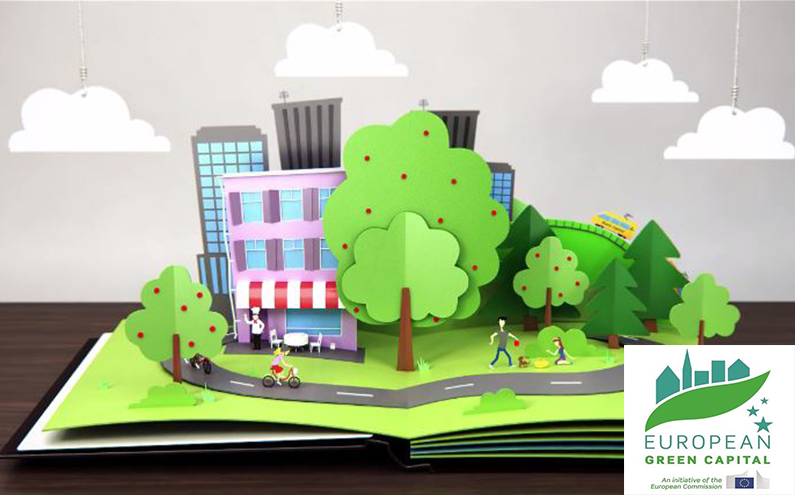 EU Commissioner for the Environment, Maritime Affairs and Fisheries, Mr Karmenu Vella said “The European Green Capital and Green Leaf Awards are becoming increasingly important as we strive to manage our cities and towns against the challenges of population growth, pressure on resources and our responsibilities to manage climate change. With more than two thirds of Europeans now living in our towns and cities we must continue to innovate and find new and better environmentally sustainable solutions to manage how we live, how we travel, how we eat and to develop ‘green’ jobs. European Green Capitals and Green Leafs provide vital inspiration and motivation to help other cities find solutions, on both a European and a global stage.”

The European Green Capital Award is presented to a city that is at the forefront of environmentally friendly urban living. A panel of independent experts assesses the performance of the competing cities against 12 environmental criteria.

A jury then evaluates their commitment to ongoing environmental improvement and sustainable development, as well as their skills in communication and the extent to which they could act as a role model, spreading the European Green Capital and European Green Leaf model further.

In addition to providing inspiration to other cities, the winner benefits from an increased profile, which serves to enhance the city’s reputation and makes it attractive as a destination for people to visit, work and live in.

The 2019 European Green Capital will be announced at an awards ceremony in Essen on June 2, 2017.

Following the success of the European Green Capital Award, many smaller cities seek EU recognition for their efforts and commitment in the areas of sustainability & environment.

In response, the European Commission has launched the European Green Leaf (EGL) initiative. The competition ran again in 2016 with Galway, Ireland, becoming the third Green Leaf after two were awarded in 2015.