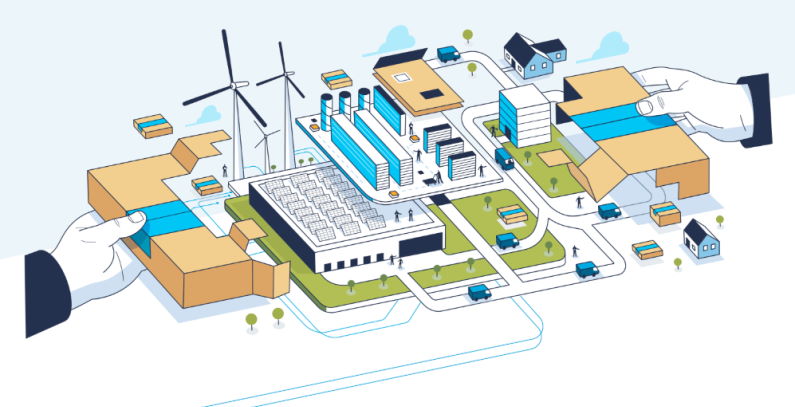 Jeff Bezos’s online retail empire is accelerating its efforts toward carbon neutrality. Amazon decided to invest USD 2 billion in visionary projects in the first phase of its Climate Pledge Fund.

Amazon has released its annual report on sustainability and said it is setting aside USD 2 billion for the initial investment in its Climate Pledge Fund. One of the biggest companies in the world, at USD 1.37 trillion in market capitalization, added it would support visionary companies that offer products and services for the transition to a zero carbon economy. However, it didn’t set out a timeline.

The move is one of the tools of last year’s Climate Pledge, which the delivery titan launched with advocacy group Global Optimism. The vision is to achieve carbon neutrality by 2040, compared to 2050 envisaged in the Paris Agreement.

“The Climate Pledge Fund will look to invest in the visionary entrepreneurs and innovators who are building products and services to help companies reduce their carbon impact and operate more sustainably,” said Jeff Bezos, Amazon’s Founder and CEO and the world’s wealthiest individual.

“Companies from around the world of all sizes and stages will be considered, from preproduct startups to well-established enterprises. Each prospective investment will be judged on its potential to accelerate the path to zero carbon and help protect the planet for future generations,” in his words.

Other climate pledgers should join

The fund is intended for a range of businesses including transportation and logistics, energy generation, storage and utilization, manufacturing and materials, circular economy and food and agriculture. Amazon said it would push other Climate Pledge signatories, including Verizon and Reckitt Benckiser, to contribute to the venture investment scheme.

Half a year ago, the over 3,500-strong Amazon Employees For Climate Justice group demanded a climate change strategy. They said Amazon Web Services should scrap its Oil and Gas initiative and that the company must completely reject fossil fuels and not just lean on carbon offsets. The petition calls for fair treatment of staff in case of disruptions due to climate change.

In the latest update, Amazon said it would push forward its plan to operate fully on renewable energy to 2025 from 2030 and buy 100,000 electric vehicles for delivery. The online shopping operator is involved in 91 renewable energy projects in the world, translating to 2.9 GW in capacity.

Bezos pledged $10 billion in February for the Bezos Earth Fund.