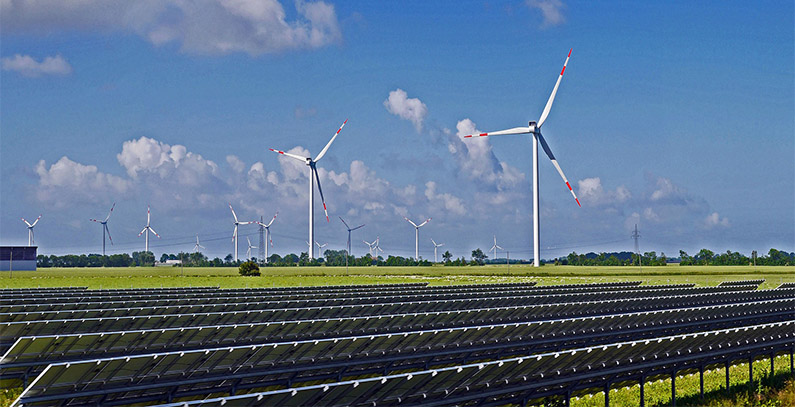 The new law on promotion of the use of energy from renewable sources (RES) in Albania will contribute to enhancing the security of energy supply, the use of national resources and opportunities for energy production for households and small businesses.

These are the key points of the new law on RES presented by Minister of Energy and Industry Damian Gjiknuri to the Productive Activity, Trade and Environment Committee, reads the press release published on the official website of the Ministry.

The new law will set the support scheme for investments in the wind and sun energy production. In addition, it will enable small businesses and households to develop renewable energy projects with the total installed capacity under 500 kW. The consumers belonging to this category will have to be equipped with a meter that will keep track of the generated energy and allow injection of the surplus of energy in the electric grid.

Producers of electricity from renewable sources will be responsible for balancing energy production in accordance with relevant market rules and procedures, according to the bill. The introduction of contracts for difference (CfD) will provide remuneration of the difference between the market price and the agreed price. The Council of Ministers will approve the procedure for organizing competitive bidding for the provision of support to renewable energy producers. Plants with the installed capacity of less than 2 MW and demonstration projects will be financially supported on the basis of a CfD, too. Contracts for difference will have a maximum duration of 12 years.

The draft also envisages the establishment of the Operator for the Renewable Energy Sources, which will be funded by the obligations put on end consumers of electricity for the promotion of energy from renewable sources.

“All the stakeholders participated in shaping the document with the aim to contribute to the deployment of the RES objective in Albania. The new law is in accordance with the Energy Community integrated strategy for the countries of the Western Balkans. Once it has been adopted, it is expected that its implementation will be supported by EBRD and other financial institutions,” Albanian energy expert Lorenc Gordani told Balkan Green Energy News.

So far, the support scheme for energy generated from renewable energy sources in Albania has been a feed-in tariff which has been applied only to small hydro power plants with the capacity of less than 10 MW, and between 10 MW and 15 MW based on concession agreements signed for 15 years. The public energy supplier has been obliged to pay a regulated tariff for the electricity generated from renewable energy sources while the grid operator has been obliged to connect any energy generating plant meeting the conditions for connection to its system. Renewable energy has not been given priority in regards to grid connection.