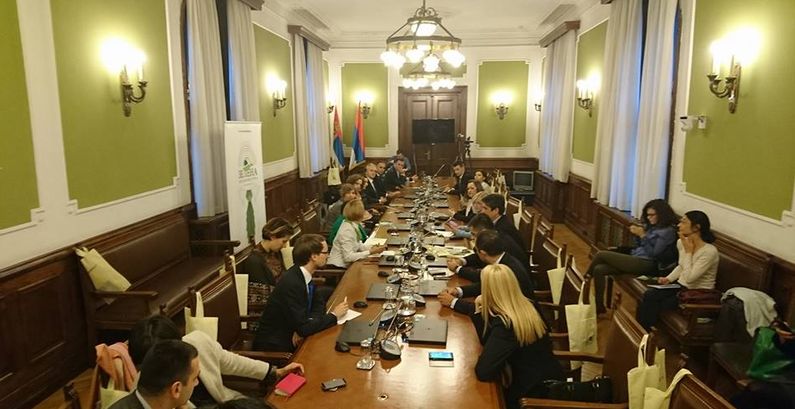 The work of the informal Green Parliamentary Group was resumed in the National Assembly of Serbia at the initiative of the Centre for Modern Skills (CMV) and the Belgrade Fund for Political Excellence (BFPE).

A total of 25 MPs from from different political organizations joined the group reflecting the diversity of the Assembly with the aim of promoting European standards and norms in environmental protection and sustainable development.

The new members of the Green Parliamentary Group signed a memorandum, thus committing themselves to undertaking initiatives regarding the protection of the environment at the local, regional and national level. According to the memorandum, the MPs should involve the public in the decision-making process, and above all, acquire and spread new knowledge in the field of environmental protection. Their task will be to promote the idea that environment has no limits or political color. The “Green MPs” will also cooperate with MPs from other countries on a regular basis as well as with civil society organizations from Serbia and the region dealing with environmental protection issues.

Ivan Karić, an MP, presented the work of this group from the perspective of a Member of Parliament. In addition, the Group presented its plans for the future.

The aim of establishing the Green Parliamentary Group is to give priority to environmental issues when making decisions.