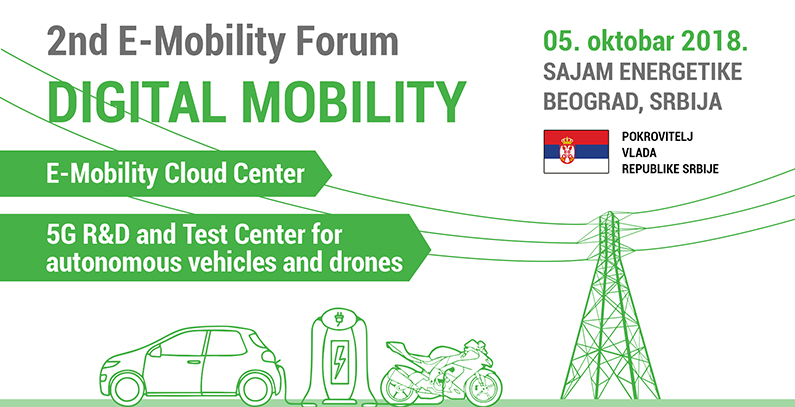 The National Association of Electrical Vehicles (NAEV) and the Association of Electrical Engineers of Serbia (UDIES) have proposed a 10-point program for e-mobility to the Government of Serbia, also proposing the establishment of a government working group for the development and use of electric and autonomous vehicles and the supporting infrastructure in order to speed up Serbia on the path towards a new “electric era.”

The NAEV and the UDIES will present their proposals and activities at the 2nd E-Mobility Forum, which will be held on October 5 at the 14th International Fair of Energy and 15th International Trade Fair for Environmental Protection EcoFair in Belgrade.

These are the 10 proposals for e-mobility in Serbia:

Ivan Vulović, chairman of the Board of Directors of the National Association of Electric Vehicles (NAEV), told Balkan Green Energy News that the proposals were handed over to Prime Minister Ana Brnabić and that associations expect an answer soon.

“The coming year, it seems to me, is crucial for Serbia to do something concerning e-mobility. There are still experts in the country that can provide Serbia with the opportunity to catch up with much more developed countries. Of course, it is necessary for the state to help capitalize on the potentials and secure benefits for the entire society”, says Vulović.

The NAEV and the UDIES also propose two specific activities. The first is to establish a government working group for the development and use of electric and autonomous vehicles and the supporting infrastructure, which would have 90 days to prepare and submit to the government a six-month Action Plan and a draft of long-term activities for sustainability, a further development and wider use of electric vehicles, and the construction of e-infrastructure.

The second activity is to provide support to the project “5G R&D and test center for autonomous vehicles and drones” initiated by the NAEV and the UDIES, as well as define the dynamics of building the first 20 public EV charging stations that would use electricity generated from renewable energy sources. The stations would be connected through the E-mobility Cloud Center in a closed distribution system, as a pilot project for building a network of clean chargers throughout the territory of Serbia.

The NAEV and the UDIES believe that attention should be paid to the development of driverless cars. It is necessary to synergize producers of telecommunication and energy equipment, car manufacturers, mobile network operators, and providers, leading scientific research organizations, competent state services, as well as other organizations that can find their interest in this complex project in order for this technology to come to its full implementation.

According to the agenda, the development of the design plan and the pre-feasibility study for the selected location could be completed within 6 months from defining the location on which the center would be built, and at this moment, three possible locations are being considered. “Then we can start negotiations with potential beneficiaries and investors, as well as with the relevant state authorities, Vulović said, adding that the beginning of the project phase I is envisaged in the first half of 2019.