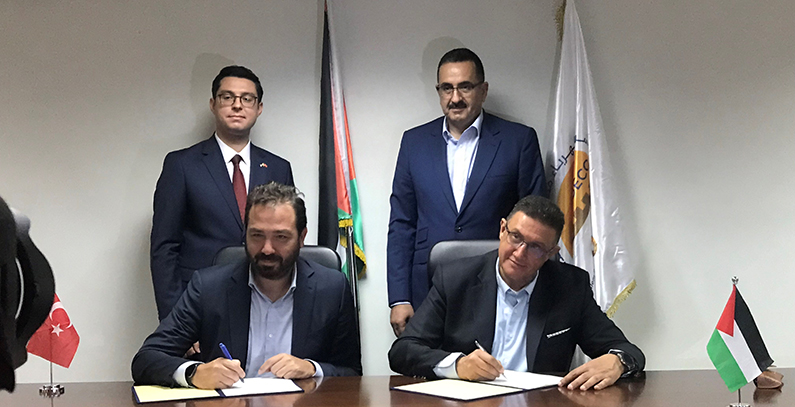 Turkish power producer Zorlu Enerji will install a 1.8 MW solar power plant in the Jericho region of Palestine in cooperation with Jerusalem District Electricity Company (JDECO), according to a press release from Zorlu Enerji.

The company and JDECO established a joint venture called ZJ Strong in May, with Zorlu Enerji holding a 75% share and JDECO the remaining 25%.

ZJ Strong has taken its first step toward building a 1.8 MW solar power plant in the Jericho region of Palestine, the company said.

According to the press release, the company and ZJ Strong will build the solar energy power station on land rented from JDECO. The electricity will be sold to JDECO for 25 years at a guaranteed price.

Zorlu Enerji CEO Sinan Ak said the company aims to secure a total of 100 MW of installed capacity in the region.

According to Palestinian Energy and Natural Resources Authority Chairman Zafer Milhem, the three sides are considering the installation of a 5 MW solar power plant in the future.

Zorlu Enerji also has signed a loan agreement in the amount of ILS 5 million (about EUR 1.28 million) to be used for the financing of power plants, the press release reads.