With 5G rollout around the corner, Serbia readies to test driverless cars on the highway, in cross-border traffic 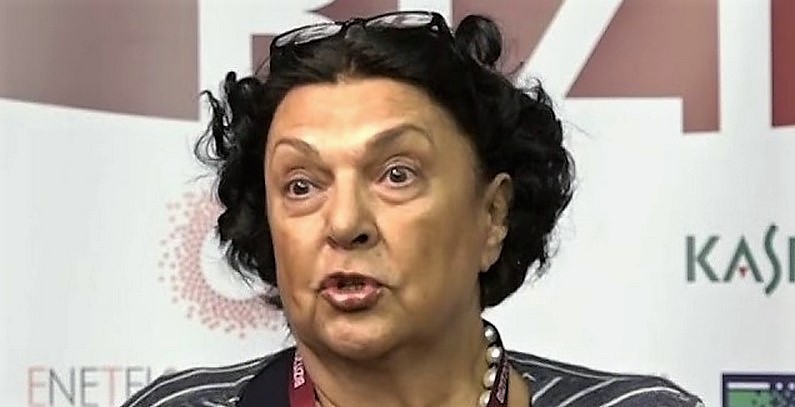 Serbia has joined a European project to establish 5G corridors to test driverless cars. In an interview with Balkan Green Energy News, Irini Reljin, assistant minister for electronic communications and postal services at the Ministry of Trade, Tourism, and Telecommunications and a professor at the University of Belgrade School of Electrical Engineering, discusses why the project, which Serbia is implementing together with Greece and Bulgaria, should prove attractive to equipment and autonomous vehicle producers.

Serbia has been invited to take part in a European project to establish 5G corridors to test autonomous vehicles. Can you tell us more about the project and the expected implementation timeframe?

Testing will start already on the 4G network. These projects have 5G as the ultimate goal, but all available technologies are used until 5G is available, applying interoperability to determine how all the technologies involved can use and complement each other. We will start with 4G systems, which were said to have a very low latency when they were launched. However, with connected cars, it is important to have an exceptionally low latency, so low that it simply cannot be secured by 4G.

4G systems for cars are sufficient for some traffic situations, but the 4G technology cannot secure precision needed in very complex situations. There are several cases that have been found to require a much lower latency – which is possible with 5G, securing delays measured in milliseconds.

Therefore, the goal is to get to 5G, but all tests and all corridors in the EU so far have begun testing with 4G.

How were corridors for automated mobility developed in the EU and how did Serbia join the project?

At Digital Day 1, 20 EU member states signed a Letter of Intent agreeing to work together to form corridors for testing driverless cars. One of the first such corridors was German-French, later joined by Luxembourg. The Scandinavian corridor followed suit. These projects produced numerous results, and we will, of course, use their experiences.

These corridors are usually developed by three states. Serbia, which is the only non-EU state to have been invited to join the project, signed a Letter of Intent with Greece and Bulgaria in Sofia in June this year. We proceeded to form a group whose members include representatives of Prime Minister Ana Brnabić’s office, the Ministry of Trade, Tourism, and Telecommunications, other ministries, and the national operator, Telekom Srbija.

The cross-border corridor joined by Serbia should run from Thessaloniki, Greece, via Bulgaria, to Niš in Serbia. It is envisaged to eventually extend to Hungary, which Serbia has proposed given its fairly well-developed infrastructure along that route, and perhaps to Romania.

Testing is planned to begin on the highway, and it could be conducted on other roads at a later stage, though roads other than highways are much more difficult to supply with telecom infrastructure. Serbia currently has fairly good conditions – the national operator, Telekom Srbija, has a 4G network along the highway where testing will be conducted, and is also developing its network inside tunnels – with autonomous mobility, it is very important for the network to be uninterrupted.

Why was Telekom Srbija selected for the project?

Telekom Srbija has an optical network, which is very significant, as fiber networks are the most reliable type of support for 5G. The company not only has capacities along major corridors, but is also developing an access network. This is important because an edge cloud needs to exist along a highway to enable traffic control, and distances must be as short as possible to ensure minimum delays in driverless cars’ response times, which need to be brought down to the level of human perception.

Distances must be as short as possible to ensure minimum delays in driverless cars’ response times, which need to be brought down to the level of human perception

It is important for this project that autonomous cars be connected, and they will likely be equipped with the 5G signal, something that will enable them to share data with other driverless cars in traffic. Also, Telekom Srbija has already had experience on projects concerning LOw LAtency (LOLA) projects under the Horizon program, and has tested the 5G signal.

Are any other companies or institutions involved in the project?

Yes. Apart from the operator, we have also had to find an equipment producer for the project, and Nokia is the manufacturer of the equipment deployed along this particular route. Nokia also has experience with driverless car testing projects, which is very important.

The group working on the project includes representatives of the Interior Ministry dealing with telecommunications, and we will also seek the participation of the Traffic Police, without whom we would not be able to make any progress on the project. We will work with representatives of the Traffic Police and the Road Traffic Safety Agency on regulations to enable testing driverless cars, and I personally believe these regulations need to be adopted by the end of 2018 to avert project delays.

The project is expected to draw interest from certain carmakers, especially due to the fact that it involves a non-EU country, whose legislation is not yet fully aligned with the EU.

You said regulations should be adopted by the end of the year. What will they regulate?

The regulations will list requirements for driverless cars, as well as for backup human drivers who will have a parallel set of controls. We will also have to develop protocols with operators and equipment manufacturers.

What will the testing look like and what is the main goal?

Testing under the project implemented by the three countries including Serbia will be done with driverless cars in normal traffic. This may sound scary, but there will be human safety operators with a parallel set of commands. In the U.S., for example, testing is already being conducted with no human backup.

The main goal of the testing is to determine how autonomous driving will function at border crossings. This will require data sharing and sophisticated software decisions on whether the driverless car needs to brake, speed up, etc., which means the software programs will receive a lot of data, partly through the mobile network, and partly visually – by observing traffic signs or via GPS – and all this needs to be networked. This means that cross-border data transfer will have to be resolved. This is a very serious procedure that will require the participation of many stakeholders.

When do you think testing will be carried out?

I think it’s realistic to expect the testing to be carried out in 2020. By then, the 5G network will have been rolled out in the world.

Serbia is developing a network of highways, and as far as technology is concerned, the country is in a good position to skip a stage in the technological development of networks and immediately proceed to more advanced solutions.

However, there is something that concerns me – some people in Serbia have the nasty habit to spray paint traffic signs, put stickers on them, etc. – which can be very dangerous for all automated vehicles, whose sensors need to have a good view of traffic signs. After all, this is true of humans too. This can be resolved through maintenance and additional controls.

Once autonomous driving is enabled, what will it serve for?

All kinds of transportation. From what I heard at a conference in Hungary in January last year, it is projected that residents of Budapest will not want to have cars in the future. This trend is already evident in certain EU countries with developed public transit systems, where people rent a car if they need one.

Projections say that in the future, electric cars will move more slowly than the regular cars, but will, on the other hand, secure a better traffic flow, which is also very important for cutting greenhouse gas emissions and environmental protection.

This future is thought to be mere years away for Pest. Eindhoven, the Netherlands has had driverless buses using dedicated lanes for several years now. Dedicated lanes were used in the first phase of introducing autonomous vehicles. What we plan to do is more complex testing, backed by human safety operators and all possible control networks. The project should yield good results.

Otherwise, autonomous vehicles are already used in robotized systems in Western Europe, for example for container loading and unloading. Down the road, this can provide a solution to the driver shortage.

When is 5G rollout expected?

All three countries taking part in the project are expected to sell 5G frequency bands to telecommunication operators in 2019. There is also the safety band for automotive safety, which is already available. This is unlicensed spectrum subject to General Authorized Access. In Serbia, this spectrum is already allocated for what it’s supposed to serve for and is aligned with the EU, but the testing of autonomous vehicles will likely be carried out using both licensed and unlicensed spectrum.

5G frequency bands expected to be sold in 2019

Licensed spectrum in Serbia will be sold in an auction to domestic operators.

Do you think the project will contribute to the development of an electric vehicle (EV) charging network?

The development of an electric vehicle charging network is not the project’s primary goal, but the project will certainly contribute to it. All European countries aim for a developed network of EV charging stations. Among Serbia’s neighboring countries, I can mention Hungary, which had around 80 EV charging stations last January. I can also mention that there is interest in Hungary in purchasing buses manufactured by [Serbian bus maker] Ikarbus and fitting them with electric drives.

Home » Interviews » With 5G rollout around the corner, Serbia readies to test driverless cars on the highway, in cross-border traffic