What lies ahead for Serbia in energy transition and how Europe’s experience amid COVID pandemic can help?

Image: The roundtable brought together about thirty participants (BGEN) 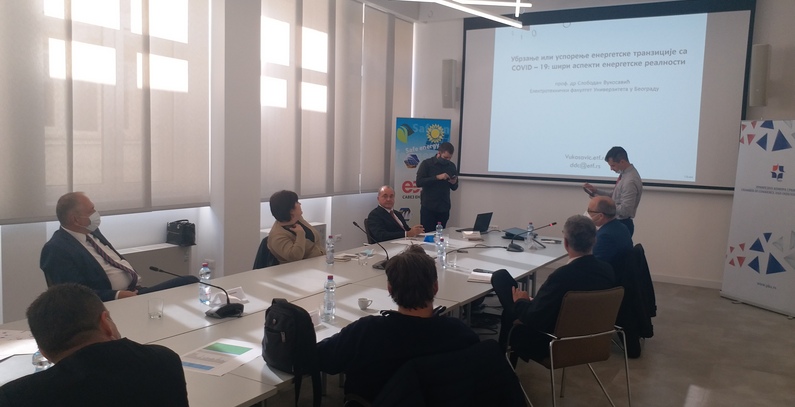 The coronavirus pandemic has accelerated the energy transition in the EU, and demonstrated that power grids across Europe can take in large amounts of renewable energy without any problems. This is an important lesson for Serbia’s energy transition, which is still in its infancy, according to speakers at a roundtable titled Energy Transition and COVID-19, organized by the Association of Energy Sector Specialists and the Serbian Chamber of Commerce.

Mirjana Filipović, State Secretary at the Ministry of Mining and Energy, said that the energy transition will continue after the pandemic, while Serbia’s goals remain the development of renewable energy sources and an increase of energy efficiency.

Serbia will prepare a National Energy and Climate Plan

She recalled that Serbia produces about 70% of its electricity from coal, which poses a great challenge in the decarbonization process. In these reforms, the country must ensure the social component is included with regard to its large mining sector, she said, adding that Serbia is expected to prepare a National Energy and Climate Plan over the coming period.

The pandemic has created the conditions for us to watch, in real time, an experiment of integrating large amounts of energy from renewable sources into EU grids

Nikola Rajaković, professor at the University of Belgrade School of Electrical Engineering (ETF) and president of the Association of Energy Sector Specialists and Power Engineers, said that the pandemic has created the conditions for a live experiment of integrating large amounts of energy from renewable sources into European power systems.

Rajaković: Serbia can be energy self-sufficient without coal

Professor Rajaković noted that Serbia must prepare plans that will show where it wants its energy sector to be in 2025, 2030 or 2040. The energy sector cannot, he added, develop successfully if it has plans only for the next year or two.

He believes that Serbia can be energy self-sufficient by using only solar and wind energy, hydropower, and geothermal energy. A very nice goal to strive for, he said. 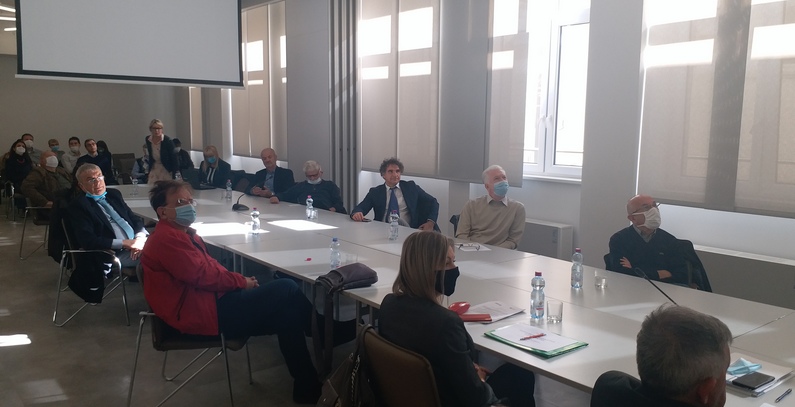 According to Rajaković, the analysis of the experiment revealed that during the pandemic electricity consumption decreased by 12%, production from renewables increased by 10%, while electricity generation from the coal dropped by 30%. The electricity produced in coal-fired power plants was more expensive than in solar and wind power plants, so the production was halted. As a result, the share of renewable energy in overall consumption reached 50%.

The experiment demonstrated that all the green energy was used in the power systems, so its share in consumption reached very high levels, which was otherwise expected to happen in 6-10 years, Rajaković said. The European power grids played a key role, helping to balance the production from the solar and wind power plants.

In the end, there were no problems in the management of the power grids, a stability of supply was secured, and the most important tool used to do that were interconnection lines, said Rajaković.

Miroslav Lutovac, adviser to the president of the Serbian Chamber of Commerce, said that there is a great interest among businesspeople in using solar energy for self-consumption.

However, the country has no regulations to back this interest, he added.

The pandemic is speeding up the energy transition, and the EU is turning to renewable energy even faster. An additional boost comes from the European Green Deal and targets for decarbonization.

The region is leaning heavily on coal, and it needs to move faster towards renewable energy. Decarbonization is costly, and a belated one would be too expensive, especially for small countries like Serbia, Rajaković said.

According to him, the introduction of a tax on CO2 emissions for the countries in the region (Carbon Border Adjustment Mechanism), which is expected in 2022, will generate losses for companies measured in hundreds of millions of euros.

Dejan Stojčevski (SEEPEX): The decline in consumption in Serbia is smaller than in the EU

Dejan Stojčevski, Chief Operating Officer of the SEEPEX power exchange, said that the pandemic led to a dramatic drop in electricity prices from March to August, while from September the prices recovered, and returned to the levels seen last year.

The decline in consumption in the EU was 15-20%, compared with just 2-3% in Serbia, which can be explained by the different structure of the economy and an increase in household consumption in Serbia.

Tags: coronavirus, energy transition
READ NEXT: MET Group buys 42 MW wind farm in Bulgaria from Enel
Home » News » Renewables » What lies ahead for Serbia in energy transition and how Europe’s experience amid COVID pandemic can help?