Velje brdo PV plant tender to start by year-end, could expand to 300 MW

Photo: The location of the PV plant is near the capital Podgorica 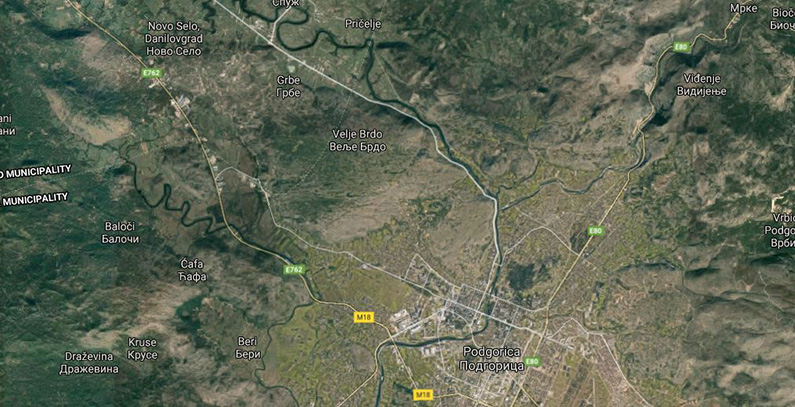 Montenegro intends to launch a tendering procedure by the end of the year for the construction of a solar power plant in Velje brdo in capital Podgorica. The originally planned capacity of 50 MW could be increased to 150 MW or even 300 MW.

The tendering process for the construction of a solar power plant at the Velje brdo site should be announced by the end of the year, said Nikola Vujović, state secretary at the Ministry of Economy.

He said he anticipates the signing of the contract for the project in the same timeframe.

The coronavirus pandemic has delayed the announcement of the tender, planned for the third quarter of the year

He said that the announcement of the tender and the lease of land for the construction of the solar power plant were planned for the third quarter. The coronavirus pandemic’s impact warranted the delay, Vujović added.

The spatial plan for the location of the photovoltaic (PV) facility in Velje brdo envisages an installed capacity of 50 MW, but a potential investor said that the potential of the site is much larger.

The estimated value of the investment was EUR 75 million

Last year a potential investor told the ministry that the locality of Velje brdo has a significantly higher potential for the use of solar energy than the planned 50 MW. The entity claimed that the installed capacity of the PV facility could be from 150 to 300 MW, he said.

Vujović did not name the potential investor.

According to earlier local media reports, Germany’s S&Z Energie Systeme was involved in the initial phase of the project. The estimated value of the investment was EUR 75 million.