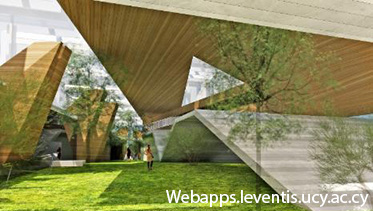 The construction of research park Apollo is going to start soon, and the project shall make the University of Cyprus autonomous in terms of energy, Famagusta Gazette said. One of the greatest successes for the institution is the operation of the photovoltaic park Phaethon, of 395 kW total power, which is estimated to contribute 632,000 kWh of green energy per year. It was constructed with funding from the European Union.

Constantinos Christofides, rector of University of Cyprus and head of Green University Committee, told the Cyprus News Agency (CNA) that the environmental policy’s main pillars is to have a balance between economic, social and environmental parameters. He said that the vision is to reduce the effects of the university’s operation on the environment, main goals being the reduction of the use of energy and water, the implementation of the policy for green public procurement, the management of fluid and solid waste and the reduction of carbon emission. Apollo includes the construction of photovoltaic panels which will generate energy of 10 MW. The rector told CNA that the energy will be able to cover the needs of the current buildings and premises of the university and when this is fully developed to include 10,000 students, the needs are going to be met with the use of other renewable sources.

The university is very close to fulfilling its goal for zero garbage, since a large quantity of its waste is already being recycled.