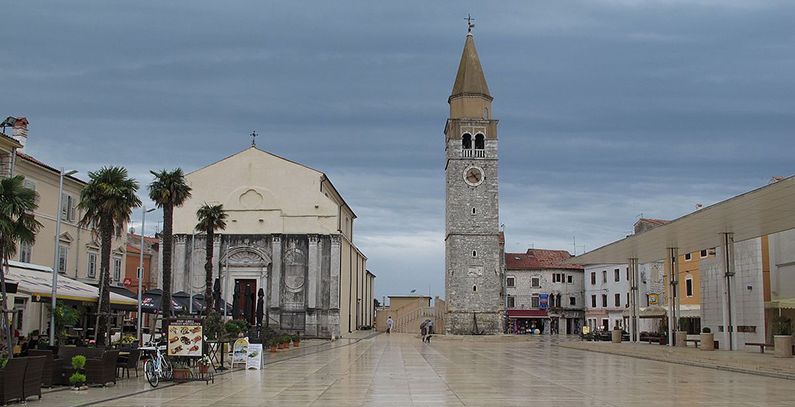 Umag, a coastal city in Istria, Croatia, won the City of Future 2016 Award at the the Smart Cities – Cities of the Future 2016 conference held by the Poslovni dnevnik and Vecernji list.

From a total of five categories, the city of Umag won the award in the “Smarter Environment” category for its ten-year mega project “Umag: Smart City – Green City 2010-2020”. Sustainable development, ecological approach, environmental protection and health care, responsible environmental resource management and continuous development are the basic principles and guidelines of this project  which brought one of the most prestigious awards to Umag.

At the ceremony held in Zagreb on October 11, the award was accepted by Mayor Vili Bassanese who noted that Umag works to protect the environment from 2010 when the project worth EUR 50 million was initiated.

“The strategic project involves gasification of the city in the context of sustainable economic development and preserving the health of citizens, as well as the environment in which we live, responsible waste management along with environmental resource management and tertiary wastewater treatment. The further objectives are to gradually introduce sustainable environmental and municipal infrastructure, to reduce gas emissions, to make use of renewable energy, to rehabilitate old landfills and construct a modern sorting as well as to raise the ecological awareness of citizens, from kindergarten onwards, through projects, workshops and lectures”, stressed Bassanese and pointed out that the award represents additional motivation for the investment in a healthy and sustainable way of life.

“Smart Cities – Cities of the Future 2016” is a project intended to promote the excellence and innovation of the “Smart City” initiative implemented in cities throughout Croatia. One of the goals of the project delivered by the Poslovni dnevnik and Vecernji list with the support from the Association of Cities is to raise the general awareness of the public about the importance of the development of such projects. The concept of “smart cities” is a collection of multi-disciplinary measures, ideas and policies designed to promote the development of human and technological resources of urban areas and their structured interaction aimed at enabling sustainable economic development and a higher quality of life of their inhabitants.