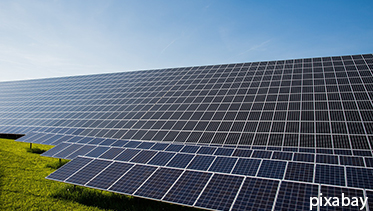 Zorlu Energy – Enerji Elektrik Üretim AŞ and Başarıarge Enerji Teknolojileri AŞ of Turkey have placed orders from First Solar Inc. for photovoltaic modules of 100 MW and 60MW, respectively, in the first six months of this year.

First Solar Inc, the company headquartered in Arizona, said the independent power producer and member of Zorlu Energy Group – Grubu has contracted supply of series 4 thin film modules for projects expected to be constructed and commissioned in 2017. The joint venture between infrastructure firm Başarı Yatırımlar Sanayi ve Ticaret AŞ and Başarı Group has placed orders for direct current modules for its own projects as well as power generation facilities that it will provide engineering, procurement, and construction (EPC) services for.

The first shipment is planned before the end of the year, First Solar stated. Zorlu and Başarıarge join a fast-growing list of Turkish energy companies that benefit from the tangible upside that the U.S.-based producer’s energy yield advantage delivers,” said Georges Antoun, its chief commercial officer, and expressed belief in the sustainability of the country’s solar energy market.

First Solar established an office in Istanbul in April 2014 and has since secured a contracted module sale pipeline of over 300 MW.

Tags: photovoltaic, PV
READ NEXT: Half of 26 wind turbines at Krnovo installed