Taaleri, Masdar to set up JV to develop wind, solar projects in CEE 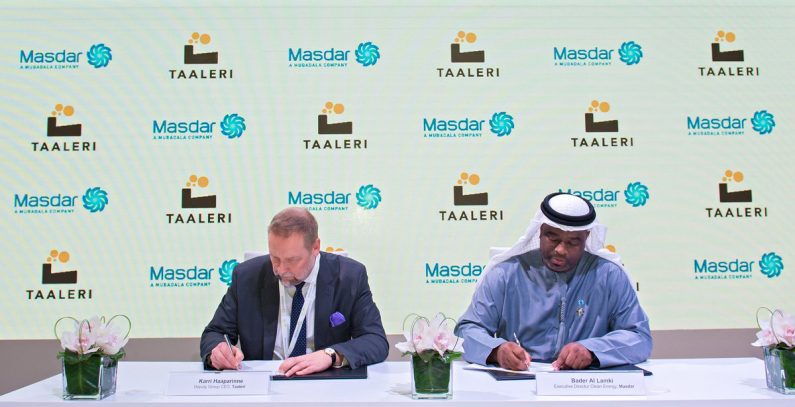 Taaleri Energia, a Finnish wind and solar developer and fund manager, and Masdar, the Abu Dhabi Future Energy Company, have signed an agreement today for the establishment of a joint venture with the aim of developing renewable energy projects in Central and Eastern Europe (CEE).

The joint venture aims to build upon of the success of Masdar and Taaleri’s ongoing activities in the Western Balkans by expanding their collaboration through the joint development of onshore wind and solar photovoltaic (PV) projects, according to a joint press release.

Masdar and Taaleri have decided to jointly pursue the development of renewable energy projects in the CEE region, due in part to the forecast growth of renewable energy in the region and the substantial volume of opportunities. This includes the Polish onshore wind market, where more than 3 GW of new capacity is expected to be added over the next few years.

At the same time, multilateral institutions have recently urged the Western Balkan countries to consider replacing a significant portion of their 9 GW of aging coal-fired generation capacity with renewables, while Greece has announced plans to add up to 2.3 GW of new solar and wind capacity by the end of 2020, the press release reads.

The proposed joint venture between Masdar and Taaleri will further strengthen the companies’ strategic alliance in renewable energy. The Taaleri Energia SolarWind I fund has invested alongside Masdar in Čibuk 1, the 158 MW wind farm in Serbia, and in the Baynouna Solar Energy Company, which is constructing a 248 MWp solar PV plant in Jordan, the largest in the country.

Masdar has steadily expanded its renewable energy portfolio in the Balkans through investments in large-scale onshore wind projects. In addition to the Čibuk 1 wind farm in Serbia, covered by the country’s feed-in tariff scheme, Masdar announced in 2017 that it had acquired a 49% stake in the 72 MW onshore Krnovo wind farm, which became Masdar’s second wind farm investment in the Western Balkans.

The 72 MW Krnovo, Montenegro’s largest and sole operational wind farm, is covered by the country’s incentives for renewable energy sources.

#Masdar and Taaleri Energia signed an agreement today for the establishment of a joint venture with the aim of developing #RenewableEnergy projects in Central and Eastern Europe. The joint venture agrmeement was signed on the sidelines of #ADSW 2019.#WeAreCommitted pic.twitter.com/RWXpVP9HN2