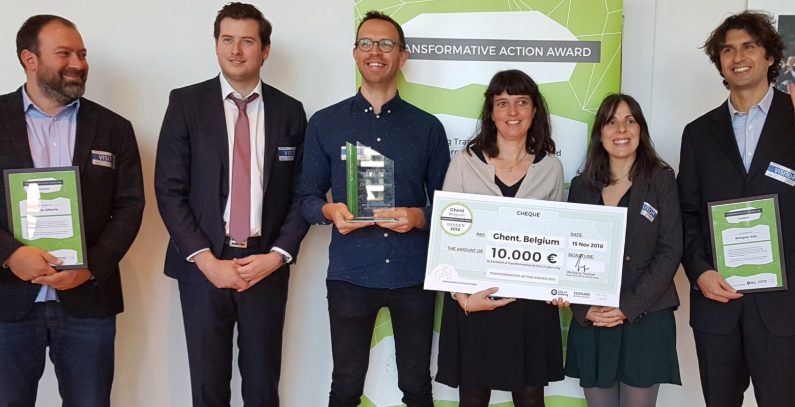 The 2019 edition of the Transformative Action Award has been launched, with applications invited from any local or regional authority, or civil society organization located in an EU Member State, EEA country or EU candidate or accession country that has endorsed the Basque Declaration, according to a press release from organizers.

The Europe-wide sustainability award, organized by ICLEI – Local Governments for Sustainability, the Basque Country, and the City of Aalborg (Denmark) and supported by the European Committee of the Regions (CoR) and the European Investment Bank (EIB), rewards ongoing or concluded Transformative Actions that use the 15 pathways outlined in the Basque Declaration to achieve the socio-cultural, socio-economic and technological transformation of societies.

The actions taken reflect local or regional contributions to the implementation of the Sustainable Development Goals and the Paris Climate Agreement.

The applicant must be behind the implementation of the Transformative Action and the Action must have been in place for at least three months, but no longer than five years, at the time of submission. All applications must be submitted in full, in clear English, the press release reads.

In addition to joining previous winners Ghent (Belgium) and Nilüfer (Turkey) as recognized leaders of sustainable urban transformation in Europe, the winner of the 2019 award will receive EUR 10,000 to help initiate further transformative actions in their city or region.

Albania’s City of Tirana was among three shortlisted candidates for the 2018 Transformative Action Award. The other two were the City of Bologna, Italy and the City of Ghent, Belgium, which won.

The winner will also receive free entry and a presentation at the 9th European Conference on Sustainable Cities & Towns taking place in Mannheim (Germany) from September 30 – October 2, 2020.

To endorse the Basque Declaration, and enter a Transformative Action to the competition, visit the Sustainable Cities Platform.