Study: Who is financing hydropower projects in protected areas in Southeast Europe 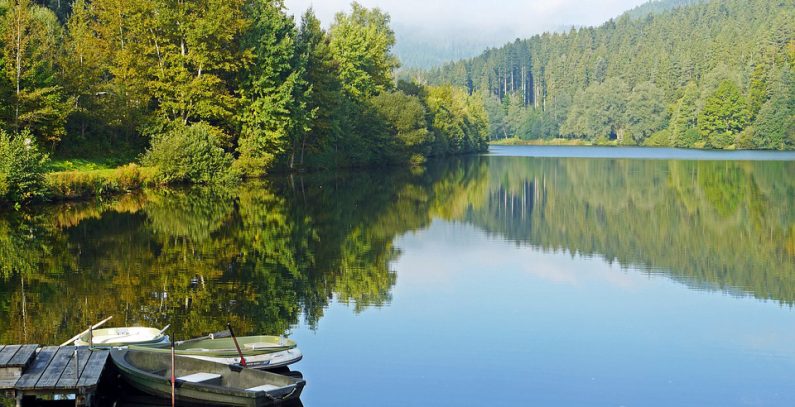 Out of the 2,112 planned or operational hydropower projects across southeast Europe (SEE) since 2005, at least 735 are in protected areas or internationally recognized areas of high biodiversity value. Of these, 152 are already operating, 34 are under construction and 513 are planned or potential, with the remainder at an unclear stage. At least 37 hydropower projects supported by multilateral development banks are in protected areas.

According to a study Financing for hydropower in protected areas in SEE: 2018 update by CEE Bankwatch Network, SEE Europe wild rivers are being destroyed by a wave of hydropower projects. The report investigated a situation in Albania, Bosnia and Herzegovina, Bulgaria, Croatia, Kosovo*, Macedonia, Montenegro, Serbia, and Slovenia.

The study is an update and expansion of Bankwatch’s 2015 research to find out who is financing this “hydropower tsunami” which revealed that the role of the European public banks was much larger than anyone had realized. The Bankwatch in December 2017 also published the study which found that eight hydropower projects in Albania, Croatia and Macedonia financed with European public money have damaged biodiversity.

The new report finds that Montenegro, Slovenia, and Croatia are mainly planning a smaller number of larger projects within the next few years, while the craze for building hydropower plants even on very small streams continues in Albania, Macedonia, and BiH, and looks like it is picking up speed in Serbia and Kosovo*.

“We have identified 2,112 greenfield plants either being planned now or having entered operation since 2005. By “greenfield” plants, we mean new hydropower plants built on locations that were not previously developed. Out of these, no fewer than 471 have started operating already while 915 have actively planned,” the study reads.

Recognising the damage being done to southeast Europe’s unique biodiversity by hydropower, in recent years the European development banks have tightened their environmental policies somewhat with regard to this sector, however, more still needs to be done to take account of the poor environmental governance standards in many of their countries of operation.

Bankwatch identified 158 greenfield projects with financing from commercial banks, 55 of which appear to be in protected areas or internationally recognized areas of high biodiversity value.

“Commercial bank financing is harder to track due to the lack of transparency in the sector,” the report said.

The study recommends measures and invites all stakeholders to take action. If action is not taken the whole renewable energy sector will face a backlash, according to report.

Governments need to diversify their renewable energy plans, take advantage of the great opportunities the region has for energy efficiency, and to secure biodiversity-rich areas protection.

Commercial banks need to upgrade the implementation of their environmental policies and in some cases the policies themselves, as well as disclosing which projects they plan to finance.

International financial institutions must end financing for hydropower in biodiversity-rich areas and improve disclosure of information and due diligence on projects financed through commercial bank intermediaries.