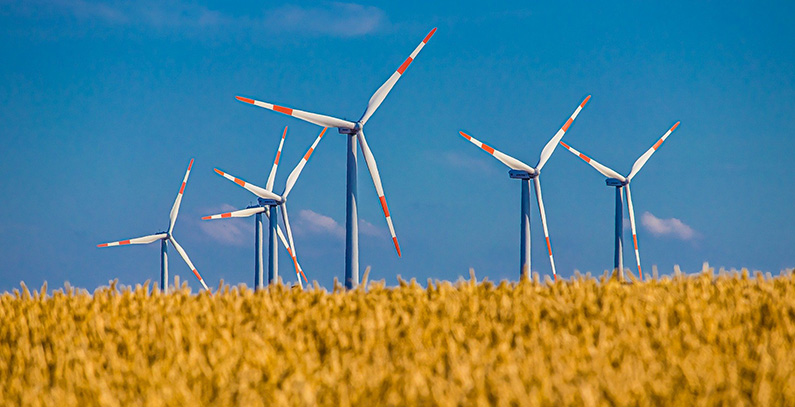 Experts from the Western Balkans see energy transition as a development opportunity for countries in the region that allows building modern, environmentally and climate-friendly power systems by 2050. Decarbonization of the power sectors needs to be achieved dominantly through the application of solar photovoltaic and wind power technologies, which is enhanced by decreasing technology costs, but the key enablers are strong political will and access to the European electricity market.

Western Balkan (WB) countries are at the crossroads regarding the future of their energy systems. In the context of fulfilling their international obligations they are at high non-compliance risk with agreements under the Energy Community (EnC) Treaty and international climate agreements – the Paris Agreement and the EU accession process.

There are many challenges on the way, primarily the inherited ageing coal-based generation infrastructure, which results in intensive CO2 electricity production in the region. Unlike in the EU, emissions are not factored into electricity price.

Despite the enormous potential to expand renewables and improve energy efficiency, significant fossil fuel investment is currently being planned in the region. Current national energy strategies foresee construction of new and replacement of thermal power plants (TPPs), i.e. in Bosnia and Herzegovina (BiH), Serbia and Kosovo and relatively modest construction of renewable energy capacities and we have not seen a strategic fit for the green transition.

The future of coal will be determined by the carbon price and electricity supply and demand on the regional market, but those trends are not recognized in national energy policies in the WB countries. Regretfully because late coal transition means higher costs for society.

Current state of play shows no clear strategic commitment to energy transition in BiH and Serbia. The predominant paradigm of political decision makers in those two countries is Business As Usual (BAU), based on conventional technologies: TPP on coal and hydropower plants (HPP). A key factor identified for an efficient energy transition is the political commitment to its implementation and the adoption of appropriate strategies and action plans; where BiH is progressing when compared to Serbia, since the operationalization of the transition in BiH is expected to be facilitated by innovated Nationally Determined Contributions (NDCs) and the National energy and climate plans (NECPs).

However, results of the survey show that less than 10% of experts are in favor of BAU approach. According to this approach, the development of the power system should be based primarily on conventional technologies, with a focus on TPPs on locally available coal. The construction of replacement units in existing TPPs is advocated, which increases their energy efficiency and reduces local pollution. The construction of new TPPs on local coal is also envisaged, with the production intended for exports (primarily in BiH).

The introduction of the Emissions Trading System (ETS) is not expected before 2030. Energy transition to renewable energy sources (RES) is not seen as a development opportunity and decarbonization should be delayed, with the beginning of more intensive RES deployment after 2030/35, mainly with a focus on HPPs and wind farms. Consequently, in the BAU approach there are no major challenges for RES integration by 2030.

Around one third of experts who participated in the survey are in favor of RES Light paradigm. According to this approach, energy transition represents a development opportunity for countries in the region.

Due to security of supply requirements, it is necessary to build a few replacement-cogeneration units in existing TPPs (e.g. with partial use of co-firing with biomass). The energy transition should start delayed, after 2030, and the focus should be on wind, photovoltaics (PV) and HPPs. This approach can be qualified as “coal in co-gen TPPs as a transition fuel”. This approach also indicates that it is necessary to build an infrastructure which supports the development of RES (“fundamentals first” or “transition ready”) and  challenges of RES integration emerge gradually so that the energy transition infrastructure (e.g. power systems restructuring) can be developed in the next 5-10 years.

This cluster is the most interesting for further analysis because there are many unknowns about key transition drivers, particularly with regard to construction of new TPPs, e.g. what is the capacity of the replacement TPPs required for the security of supply, until when are the new TPPs planned to work and will they be profitable given the high risk of stranded assets, if and when the introduction of ETS is expected and what is the expected effect on TPP and finally, how will the construction of new TPPs be financed.

Finally, over 50% of experts are in favor of RES Plus paradigm. According to this approach, the energy transition is a development opportunity and its implementation should be approached immediately and decisively, with long-term goals set (by 2050 and corresponding intermediate goals by 2030 and 2040).

Regarding the development of RES, priority is given to wind and PV technologies, while the views on small hydropower plants, large HPPs and biomass / biogas TPPs are not convergent. In this scenario, the challenges of RES integration are already in place in the next five years and there is an urgent need to develop the transition infrastructure. 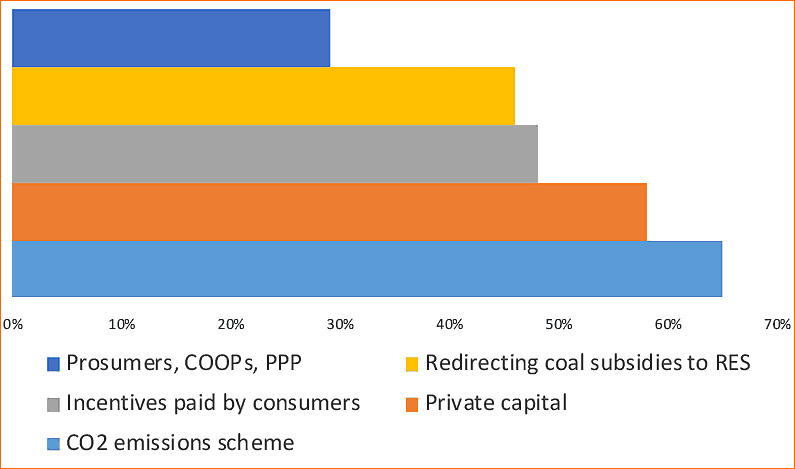 About REPCONS project and methodology

REPCONS is a one year project financed by European Climate Foundation, that included more than 100 experts from Bosnia and Herzegovina, Serbia and Montenegro. It aimed to define energy policy priorities which would accelerate deployment of RES in WB countries, mainly through assisting the process of developing national NECPs related to the strategic commitments of the development of the production portfolio.

The project was based on the adapted Delphi methodology for identification of attitudes and possible achievement of consensus within the expert community regarding the topic of deployment of larger share of variable RES in the WB countries. The basic characteristics of the Delphi methodology include anonymity between participants, few iterations for conducting survey (usually 3), controlled feedback and calculation of statistical “group attitude”. In each of the three countries the project partners worked on formation of the Advisory Board composing of representatives from governments, power companies and universities who facilitated identification and motivation of the group of experts as prospective survey participants.  Advisory board is the backbone of the project.