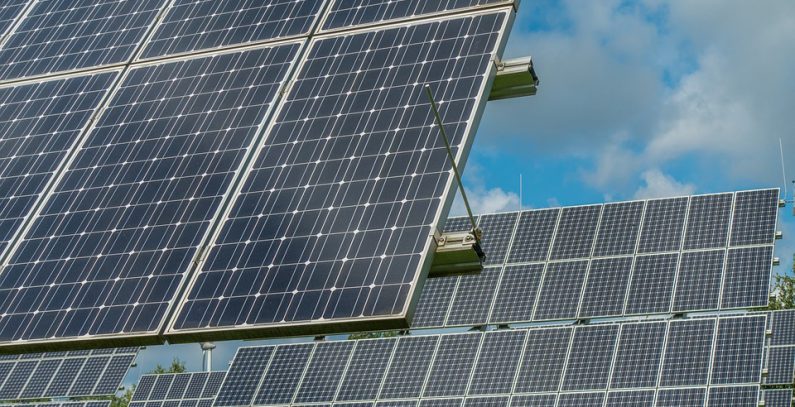 Cyprus is lagging behind on meeting its EU 2020 renewable energy targets but has recently renewed a push to promote green energy, resulting in the approval of 83 applications to build solar photovoltaic (PV) parks in June alone, the Financial Mirror wrote.

Fanos Karantonis, chairman of the Cyprus Association of Renewable Energy Companies (SEAPEK) told the Financial Mirror that 83 out of 203 applications for construction of solar parks filed this year were approved in June and are set to move on to the next stage.

“Despite all the difficulties faced and the latest efforts by government coming in at the final hour, investors have shown a vigorous interest to invest in RES projects, particularly PV solar parks,” Karantonis was quoted as saying.

Investor interest was confirmed by the Environmental Department of the Ministry of Agriculture, the portal wrote.

According to an unnamed official, another 80 applications filed in the past few months are currently being examined.

The official added that five times more applications for large PV parks with a capacity of more than 1 MW were filed in 2018 than in the previous year.

She said that the trend is towards bigger solar parks, with some having a capacity of 10 MW, which is 8 to 10 times larger than the parks already in operation.

Interest is mainly from local investors, with 90% of applications being filed by Cypriot companies. “The interest for solar parks has exploded as many of the companies are filing up to 20 applications for different projects,” said the official.

The Church teams up with power utility EAC

“There are great prospects in the sector. It is indicative that even the Church has filed in 4 or 5 applications for solar park projects. One of which is a joint venture with the Electricity Authority of Cyprus (EAC) for the construction of a photovoltaic park in Agios Ioannis in Malounda (Nicosia),” the official said.

Power utility EAC and the Church plan to build the largest photovoltaic system in Cyprus, covering a total area of 1,928,000 square meters, the report recalled.

EAC has another application pending examination, which concerns the construction of a solar park in Akrotiri, Limassol, with a capacity of 20 MW.

One of the local energy companies considering building a solar park is Petrolina, whose CEO Dinos Lefkaritis said that the company is for the moment concentrating on its own PV projects, through its subsidiary Petrolina Solar, noting that nine of Petrolina’s filling stations are self-sufficient as far as energy consumption is concerned.

For his part, Green MP Charalambos Theopemptou said that Cyprus’ failure to promote renewable energy sources (RES) in the previous years will likely result in the country missing all its EU 2020 related targets.

“Under EU 2020 targets, Cyprus should see 13% of energy consumed be a product of RES. We are currently at 9% with things not looking bright as even the new solar parks will take some time to be built and connected to the country’s grid,” he added.

Theopemptou said that Cyprus needs to have 10% of energy consumed in transport being produced from RES, however, the percentage is currently at 2.6%.

“We have not done anything in previous years to produce energy for transport using RES. We could have been promoting electric cars,” said Theopemptou.

He also noted that even the 2.6% percentage was only achieved because Cyprus is adding biofuel to diesel used in a large number of Cypriot cars.

Furthermore, Theopemptou said that the country is in danger of failing another EU 2020 target, that of eliminating emissions containing sulfur.

“If Cyprus had turned to RES, and particularly solar energy which is in abundance on the island, it would have met the target in a greener and cheaper manner. Now the government plans to spend some EUR 60 million to install filters to remove sulfur from emissions produced by EAC’s plants,” he said.

Theopemptou noted that Cyprus will also have to resort to the emissions trading system and that it will have to pay significant amounts, adding that these penalties will be paid by consumers as taxes imposed on fuel will go up.