The Center for Environment (CZZS) and the Visitor Center Pecka in Bosnia and Herzegovina have launched the Solar Pecka crowdfunding campaign to install a system of solar thermal collectors and solar panels on the visitor center’s roof to produce heat and electricity.

The Pecka village is located near the city of Mrkonjić Grad in western Republika Srpska, an entity of Bosnia and Herzegovina (BiH).

The installation of the entire 5.4 kW PV system on the visitor center’s roof would cost USD 13,000, which is the campaign’s ultimate goal.

“If we do not reach it in this first campaign, we will do it through future campaigns and actions,” the Center for Environment said in its announcement. 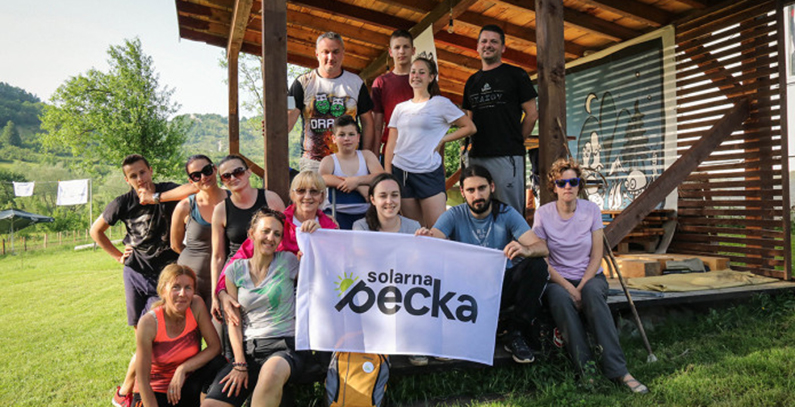 According to data from the INDIEGOGO, where funds can be donated for Solar Pecka, the campaign has collected USD 3,366 so far. A total of 114 persons made donations.

The Center for Environment said that there are many reasons to be part of this campaign and make a prosumer model for solar energy possible in Pecka. Energy self-production and self-consumption from sustainable energy sources can secure reduced environmental impact, increased sustainability, and economic benefits, such as reduced energy costs.

This delivers social benefits for the local community, both in terms of increasing financial resources for community development and increasing the sustainability of the visitor center and its community projects, including by improving the energy independence and security of the center and the village itself, making them more climate resilient, the Center for Environment said.

At the end of 2018, the Regional Education and Information Center for Sustainable Development in South-East Europe (REIC), a Sarajevo-based NGO, invited citizens to donate money for buying and installing solar hot water panels at mental health asylum Drin in Fojnica, launching the first-ever renewables crowdfunding campaign in BiH.