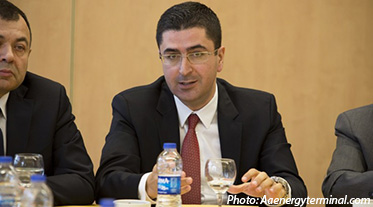 The wind energy sector is still at its infancy stage in the world, despite its fast-paced growth, Hakan Yıldırım, Siemens’ wind and renewables division lead, told Anadolu Agency. “It is significant to invest more in wind energy technology, and as technology providers, we know that globally we are not at the highest level. Therefore, it is the right time to invest in less windy regions in Turkey,” he explained, as reported by AA Energy Terminal.

Areas in Turkey where wind is not considered at its highest are still important for the development and expansion of clean energy technologies, he added. It is possible to maximize wind energy to produce more electricity with highly efficient turbines, Yıldırım said. The company’s official said greater investments are expected in less windy regions in the country from April. He pointed out Siemens currently provides 130 metre high wind mills which generate 3.3 MW in areas with mid-range wind energy.

Turkey has 4.7 GW of installed capacity and ranks fifth among European countries based on additional wind installation of 956 MW last year, according to Turkish Wind Energy Association’s annual report released at the beginning of February. Yıldırım said the capacity is not at the desired level despite the high wind power potential in the country. It is important to raise awareness of wind energy in state offices and ministries in the country, he asserted.