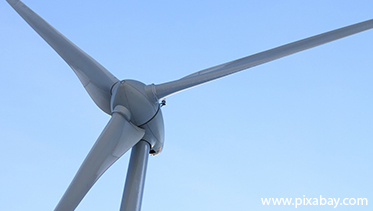 The Ministry of Mining and Energy revealed in mid-April it filled the capacity of 500 MW envisaged for electricity from wind turbines. Projects awarded with the temporary status of privileged producers are eligible for subsidies by law, but the government yet needs to adopt the frame for power purchase agreements. Serbia is waiting for a new cabinet to be formed after a general election was held on April 24. Investors have been showing interest in more projects.

Company Elicio had facilities Alibunar and Malibunar of 42 MW and 8 MW, respectively, accepted within the designated volume through firms Electrawinds-S d.o.o. and Electrawinds Mali WF d.o.o. Three projects managed by venture MK-Fintel Wind a. d. in the list are Košava, with 68 MW, La Piccolina, 6.6 MW, and Kula, the only operational wind farm, of 9.9 MW. However, only 22.6 MW of Košava was included in the quota, while Ram, facility planned for 9 MW, was rejected.

Elicio said it was the first to provide banking guarantee for a large project, Alibunar, and was granted the status of a privileged producer of power. The fact that the 500 MW quota is reached shows that investors in renewables have confidence in Serbia and that it is about time to issue directives regulating the sector so that construction can begin, the company underscored in a statement for Balkan Green Energy News.

“We are very proud that wind park Kovačica, as one of the newest projects, was included in the 500 MW quota, together with the most serious investors, who from the beginning showed dedication in their work and intentions to build,” said Miloš Colić, head of New Energy Solutions d.o.o. (NES), developer of the facility.