RENEXPO: Biomass is important but neglected potential in Serbia 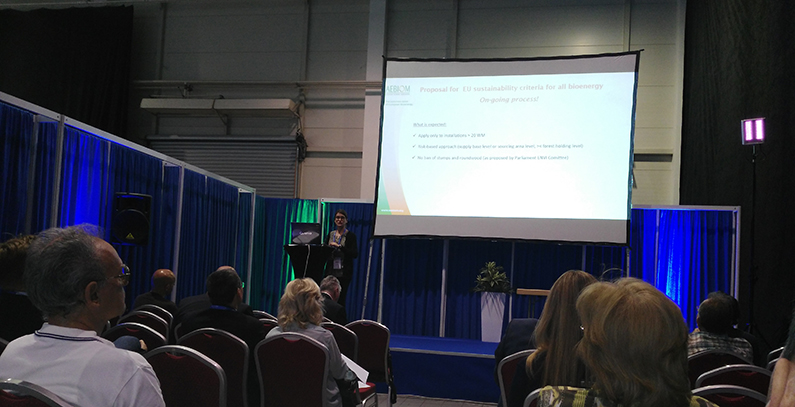 Both wood and agricultural biomass have been neglected despite their significant potentials, Dušan Jović from the Forest Administration of the Ministry of Agriculture, Forestry and Water Management of Serbia said at the Bioenergy conference in Western Balkans. The conference took place during the fifth international fair and conference RENEXPO 2018 – Water & Energy, in Belgrade.

The use of wood biomass for energy needs is at a low technological level. The complicated legislation, the underdeveloped market, as well as the lack of subsidies, only complement the list of problems that Serbia and other Western Balkan countries encounter when it comes to obtaining energy from biomass.

Based on the 2017 world market update, bioenergy consumption keeps rising. In 28 EU countries the consumption has doubled compared to 2000, said Nathalie Hemeleers of the European Biomass Association (AEBIOM). The largest consumers of bioenergy in Europe are Germany (17%), France (12%) and Italy (9%).

Wood production and consumption are experiencing its own renaissance worldwide, but we should not forget that wood, although renewable, is not an inexhaustible resource, said prof. Branko Glavonjić from the Faculty of Forestry in Belgrade.

According to 2016 data, firewood production accounts for 51 percent of total world’s wood production while wood pellet production has increased by 3,54 million tons compared to 2015.

Total wood production in the six Western Balkan countries was 271 PJ in 2017, or 2.6 more compared to 2016, Glavonjić said. Firewood production accounts for 84%, wood pellets 8%, and wood chips production for 5%.

There are some good signs despite the problems, the professor said. He also mentioned that Serbia, for example, is working on replacing 15 oil-based district heating systems with wood chips systems.

Emphasizing that biomass is applicable in both public and private sector, Siniša Janjušević, Executive Director at Resalta Montenegro, presented his ESCO company’s work in the region.

Always focusing on tailor-made lasting solutions aimed at reducing environmental impact, Resalta helped four schools in Pirot, Serbia, to save up to 60 percent of energy and cut 420 tons of CO2 emissions each year. With the new heating system, Hotel Putnik at mountain Kopaonik cut emissions by 265 tons, while Eltid Tannery factory, in Pančevo, cut the CO2 emissions by 1.225 tons per year.

Darko Dobrivić from SynCraft Engineering presented a plant for gasification of wood waste that uses all types of wood and enables the ecologically sustainable production of electricity, heat and bio-coal from wood.

Albach Diamant 2000 – the strongest self-propelled chipper in the world was presented by Dejan Hajder from Profiagrar. Virtually, there is no impenetrable or inaccessible terrain for this machine, he said. Croatia has 12 of them at the moment.

Agricultural biomass is still underutilized in Western Balkans, even in Western Europe, compared to the wood, said Vojislav Milijić from Foragrobio CC. The agro-biomass market almost does not exist. There are many problems – from collecting and storing to burning the agro-waste.

Agricultural biomass includes residues (straw) after harvesting wheat, oats, barley, rye, soy, corn leaves and stalk, as well as rapeseed and sunflower remains, stems, shells and branches … which can be used as fuel.

Open-air burning is the most common way to eliminate waste from the previous harvest and even though this is not an environmentally acceptable form of agricultural management, burning it in classic boilers is also problematic due to the ash content.