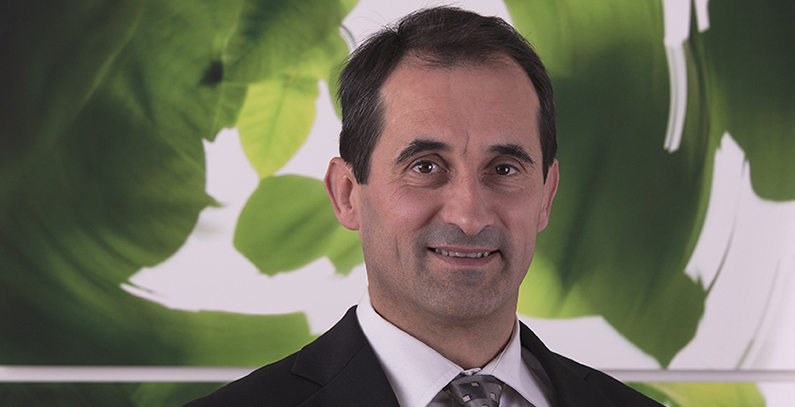 Balkan Green Energy News asked the Director of Energy Community Secretariat about the organization’s stance on the Energy Union, the members’ progress towards common goals, electricity pricing and red tape the investors and producers are facing. Kopač claims artificially low tariffs for end customers, intended for maintaining social peace, do not even fulfill that purpose. Vulnerable customers should be supported through social schemes, he says and adds “capital will flow where it is rewarded,” since investment in renewable energy requires commitment to related targets.

Is the promotion and development of renewable energy and energy efficiency satisfactory for Balkan region countries ‒ both EU country members and members of Energy Community ‒ to reach their “20-20-20 targets”?

The Renewable Energy Directive and the binding 2020 targets for the Energy Community Contracting Parties (CPs) were adopted in 2012. Since then our members have started to transpose the requirements for the creation of a conducive investment climate for renewable energy producers in national legislation. This occurred at a slow pace in the first years but we believe the countries could make more significant progress over time, since the administrative, i. e. permitting, authorization and connection to the grids procedures will be more streamlined and coordinated amongst the institutions in charge. Unfortunately, the implementation of sustainability criteria for biofuels is lagging behind.

What is your assessment of the power pricing policy in the Balkan region, particularly in the Energy Community member countries, and in relation to the attractiveness of investing in renewables?

The governments in the region are maintaining artificially low energy prices for end customers with the intention to keep social peace. Yet, they are not subsidizing the ones in need, but the wealthy customers, who can afford the real electricity market prices. We have stressed many times that only market based electricity prices will ensure the adequate signal for new investments in the energy sector. Vulnerable customers should be supported through social schemes.

Investment attractiveness is about the trust in the energy policy of a country that it will create adequate returns for the investors, considering the risks on that market, and provide a predictable and stable legal and regulatory framework. Considering the status quo, the CPs have still to convince investors that they are committed to meeting the renewable energy objectives that they signed up to. Yet, all the CPs are improving slowly but surely.

Which are the leading Energy Community Contracting Parties in the implementation of common standards and legislation? Could you name some examples of best practices?

It is too early to name a leading country that can be presented as a complete success story in renewable energy because the implementation is yet to be finalized in all members of the Energy Community. Serbia is a good example of a country that adopted renewable energy legislation but investments in renewable energy projects have still to materialize. On the other side, renewable energy capacities have increased in Albania due to several independent hydro producers but the legal and regulatory framework is far from being complete. In Moldova there is currently an EU-financed project called ‘Energy and Biomass’ with the aim of increasing the use of renewable energy sources, in particular for heating public buildings and households in rural areas while reducing dependence on imported gas.

Montenegro is successfully implementing several projects in the energy efficiency area, including via a combination of loan and grant schemes (supported by the World Bank and KfW development bank), for reconstruction of public buildings, and three ongoing projects in households: ‘Montesol’ (interest-free credit line for installation of solar-thermal systems for households, recently extended to service/ tourism sector), ‘Energy Wood’ (interest-free credit line for installation of heating systems on modern biomass fuels) and ‘Solarni katuni’ (providing subsidies for installation of photovoltaic solar systems in remote summer farmhouses on pasture lands). Government of Former Yugoslav Republic of Macedonia, with the support of USAID, is implementing an energy efficiency residential project with already 30 collective housing buildings having been reconstructed. In 2014, the state budget subsidized 30 % of the investments for installation of solar water heaters to 606 households.

What can investors in renewables in Southeastern Europe do to overcome the obstacles between themselves and the power grid? Which good examples in regulation reform can be used?

The network operators are obliged to publish the rules for connection to the networks and to provide any new renewable electricity producer detailed and comprehensive information related to the cost of connection, a timetable for processing the request for grid connection as well as a reasonable timetable for any proposed grid connection. In general, the transmission and distribution systems operators of the Energy Community do not have experience with integration and operation of the system with intermittent energy, and sometimes they are pretending the problem is a lack of network capacity for connection of new renewable energy capacities.

In the cases where the lack of capacity is a reality, the network operators have to make plans on how and where to invest in the development of the networks to accommodate more renewable capacities into the grids to achieve the 2020 objectives. These investment plans are to be adopted by the national regulators and here we want to see a more active role for the regulators, which have to regulate, monitor and enforce non-discriminatory, objective and transparent rules for the access and connection to the grids for new renewable energy sources (RES) producers. We also observe that the existing balancing rules are not adequate for the systems with renewable energy and these rules have to be revised accordingly by the transmission system operators and adopted by the regulators.

On the other side, the emergence of “prosumers” (customers who also produce electricity) is changing the paradigm that electricity flows from large power plants through high voltage transmission networks to low voltage distribution and then is supplied to end customers. The distribution grids are becoming more active, injecting electricity to transmission networks during some hours of the day. The operation of the system with more renewable energy generated at the distribution level is requiring a change of the entire set of regulations for system operation and markets. The deployment of smart grids will facilitate the demand side participation in the market while contributing to higher uptake of renewable electricity in the system.

What is the status of electricity generation Projects of Energy Community Interest (PECI), aimed at contributing to the renewable energy targets?

The implementation of PECI aimed at contributing to the renewable energy targets are ongoing. These are seven hydropower projects and one wind power project. The secretariat has developed a PECI monitoring system based on the inputs from the Western Balkans Investment Framework (WBIF) and the Neighbourhood Investment Facility (NIF).

What has changed for Bulgaria, Romania and Croatia in the renewables sector since they joined the EU?

Bulgaria and Romania adopted the Renewable Energy Directive and targets in 2009 with all the other 27 EU Member States at that time. Croatia agreed with the European Commission its 2020 renewable energy sources targets already before entering into the EU in 2013 and all three of them have made progress to meet the interim trajectories to 2020. Unfortunately, the support schemes for renewable energy in Bulgaria and Romania did not have a built-in degression mechanism to account for the decrease in costs of technologies. These schemes have been subsequently severely modified by policy intervention. Many projects were brought to a halt and these countries became less attractive for new investments. Decision makers took away some lessons learnt from these experiences on how to create a predictable and stable legal and regulatory framework with a built-in sliding scale of support correlated with the costs of newly commissioned renewable capacities, given the obligations to be met in 2020.

In what way is the Energy Union initiative going to affect Energy Community’s activities and what is the future position of renewables in such integration?

The Energy Union proposes to strengthen the Energy Community to ensure effective implementation of the European Union’s energy, environment and competition acquis, energy market reforms and incentivizing investments in the energy sector with the ultimate goal of integration of European Union and Energy Community energy markets. Renewable energy is part of the energy acquis and it will continue to be that after 2020, contributing to reducing the energy dependence of the Energy Community, creating jobs and growth and converging with European Union’s climate change policies. Also, creation of day-ahead and intra-day liquid electricity markets in the region is key to effective implementation of the electricity acquis and integrating renewable energy that will allow further coupling with European markets. We will work with all stakeholders to make all this a reality.

You have been stressing the importance of energy efficiency and the related challenges in the region. Have there been improvements in transmission systems and households?

On the other side, the household sector is commonly targeted by national energy efficiency awareness-raising measures and financial instruments for the retrofit of existing buildings (subsidies and loans, energy services). Development of energy audits, energy certification of buildings and implementation of energy labelling schemes help consumers to choose energy-efficient products. To further promote activities in this area, the European Bank for Reconstruction and Development in cooperation with the secretariat is currently preparing a study to develop recommendations for designing an integrated residential energy-efficiency programme in the Western Balkans.

One of Energy Community’s objectives is to enhance competition. Has the public-private partnership proved to be a good model for renewable energy and energy efficiency projects and are there other frameworks?

Public-private partnership is only one model that can be used for renewable energy projects depending on the type of resource, technology and project promoter. In Western Europe at the level of municipalities, a new model has emerged as being quite successful – the energy cooperatives. These cooperatives own and operate wind farms, bioenergy, and photovoltaic farms with local and regional scope. There are many regions or municipalities in Europe where they adopted renewable energy targets.

Public–private partnership is only one model that can be used for renewable energy projects depending on the type of resource,technology and project promoter.

The emergence of new independent power producers will increase competition. Existing market rules, typically dominated by a single incumbent company, need to be adapted to this new environment.

Given the high level of public debt in many CPs and limits on public borrowing capacity, the secretariat is promoting public-private partnerships and involvement of private sector capital and expertise in the implementation of public energy efficiency projects (e. g. retrofit of public buildings, public lighting etc.). The ongoing Regional Energy Efficiency Programme, managed by EBRD in cooperation with the Energy Community Secretariat, supports public authorities in Western Balkans to improve the regulatory framework and prepare energy service company (ESCO) projects.

Insufficient availability of information has been one of the most frequent non-financial barriers in renewable energy and energy efficiency promotion. Do you believe that projects and media such as Balkan Green Energy News can contribute to making the topic go mainstream?

The main providers of information about renewable energy policies, laws, rules, regulations and measures have to be the institutions in charge of renewable energy, which comprise a large spectrum of public bodies, from energy to spatial planning, construction, agriculture, water, transport, and environment. Transparency of information has to be provided on a non-discriminatory basis to all stakeholders. Without any doubt, raising awareness about the benefits of renewable energy and energy efficiency measures is key for the future development of the sector.
I wish you a lot of success with your publication, which provides added value for all the concerned stakeholders.