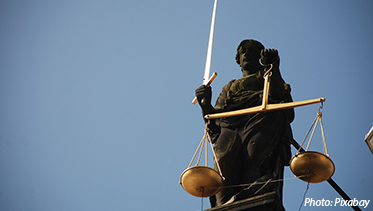 National Electricity Company (NEK), Bulgarian government-controlled utility, initiated arbitration and cases in commercial courts against companies EVN Elektrosnabdiavane, ČEZ Electro, and Energo-Pro Sales, which supply power to consumers. Energy minister Temenuzhka Petkova revealed information about the disputes in parliament in an answer to an opposition lawmaker, Mediapool reported. The companies are subsidiaries of Austrian EVN and Czech ČEZ and Energo-Pro.

The sole public supplier claims BGN 111.17 (EUR 56.77 million) in four cases for active power, and individual debts weren’t disclosed. Petkova said another dispute with Energo-Pro was settled, the article reported. Mediapool noted the case in question may concern delays in payment for power from renewable sources, where the state-owned company had liabilities of EUR 26.1 million and Energo-Pro had amassed EUR 4.34 million.

Separately, six more cases were taken to commercial courts. Three disputes worth EUR 3.77 million are pending against Enemona Utilities, EVN and ČEZ Electro, while another three claims of EUR 6.89 million in total were rejected. They were filed against Energo-Pro Grid, Energo-Pro Sales and EVN for debt for transmission, delivery of green energy and power from highly efficient cogeneration as well as for active electricity.

A commercial case against ČEZ Distribution was passed to Electricity System Operator (TSO). The claim is for EUR 2.98 million for debt for transmission, delivery of green energy and power from highly efficient cogeneration, and stranded costs.

NEK was, on the other hand, sued by ČEZ Electro and EVN Elektrosnabdiavane for expenses for the purchase of electricity from renewable sources under previously abolished methodology. The claim is for EUR 8.17 million and EUR 51.06 million, respectively. Separately, two foreign owners of distribution networks are seeking arbitration at the International Centre for Settlement of Investment Disputes of the World Bank against the state. EVN claims EUR 1 billion and Energo-Pro claims EUR 54 million for alleged losses in investments from the energy regulator’s pricing policy over the years. Back in November, ČEZ announced it will turn to court for “hundreds of millions of euros.”