Pipistrel gets first ever type certificate for electric airplane from EASA 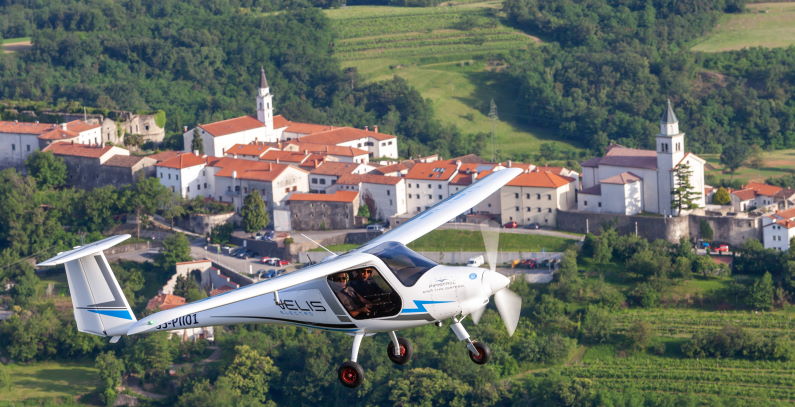 The Pipistrel Velis Electro is the world’s first fully electric airplane to receive Type Certification. It is a two-seater, intended primarily for pilot training.

Pipistrel said it type certified its battery-powered aircraft Velis Electro at the European Union Aviation Safety Agency – EASA. The Slovenian startup stressed the airplane was designed to be simple to operate and maintain and that it is the first time in the world for a fully electric unit to achieve the standard.

“The reduced number of moving parts dramatically decreases maintenance costs and the risk of malfunctions is further minimized thanks to its built-in continuous health-monitoring system. This enhanced reliability allows the Velis Electro to have more than double the lifespan of powertrain elements in comparison to the previous generation of electric airplanes,” the announcement adds.

The powertrain and the batteries are cooled with a liquid. The Velis Electro is envisaged for pilot training.

The engine, which Pipistrel type certified separately in May, is also available to other manufacturers of original aircraft equipment, founder and Chief Executive Officer Ivo Boscarol said and expressed optimism regarding electric-powered vertical takeoff and landing (eVTOL) and multi-seat hydrogen-powered projects.

The certification team included experts from the Swiss and French authorities, in order to prepare and facilitate the entry into service of the Velis Electro in the two countries.

Pipistrel revealed it has 31 orders for the plane for this year from seven countries.

The firm has been supplying air surveillance aircraft to a special unit of the United States Army for seven years. It has a hub in Gorizia in Italy, just across the border, but also intends to build a factory in China.

Pipistrel recently said it is developing the concept of a small freighter for short distances. Another project is a shuttle with 19 passenger seats using hydrogen technology, which could be used between neighboring cities. Boscarol stressed the potential of such niche markets.

The company has already worked with Uber on its flying taxi endeavor.