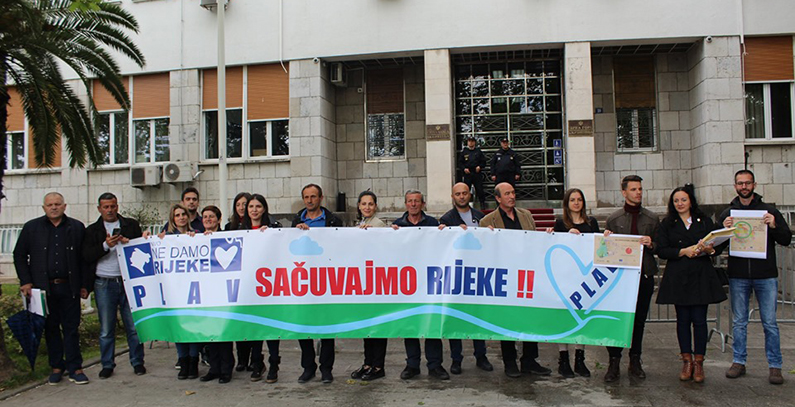 NGO Green Home has filed a petition backed by 6,300 signatures to the Parliament of Montenegro to ban the construction of small hydropower plants (SHPPs), local media reported.

Residents of Podgorica, Nikšić, Plav, Berane, and Šavnik backed the petition requesting the Parliament to initiate a discussion and propose a ban on the construction of SHPPs, as well as to stop issuing and renewing energy permits based on the already submitted applications, until a strategic environmental impact assessment (EIA) for SHPP projects is prepared.

The petition also calls for the initiation of infringement proceedings for breaching the law on strategic environmental impact assessment, the law on free access to information and the law on concessions, all in relation to the construction of SHPPs.

NGO Green Home, other organizations from Montenegro are preparing complaints to the Energy Community over SHPPs

Nataša Kovačević, executive director at NGO Green Home, said that most of the concessions for SHPPs in Montenegro were awarded without proper planning and strategic documents or EIAs.

She said that in November last year, the European Parliament announced that most of the 80 SHPPs in Montenegro are not planned in line with EU conventions and regulations. This also refers to the ones that have been built.

Therefore, there is a legal basis for all contracts to be terminated, Kovačević added.

There are currently 13 SHPPs in Montenegro, and a few more are under construction.

Kovačević said that the Ministry of Economy is working on the revision of the SHPP projects and that it is possible some of the permits will be revoked and some revised.

The petition filing was attended by the representatives of villages from the Bijelo Polje and Pljevlja municipalities, whose residents are trying to stop the construction of new SHPPs.

NGO Green Home announced that, in cooperation with other organizations from Montenegro, it will submit several complaints to the Energy Community.