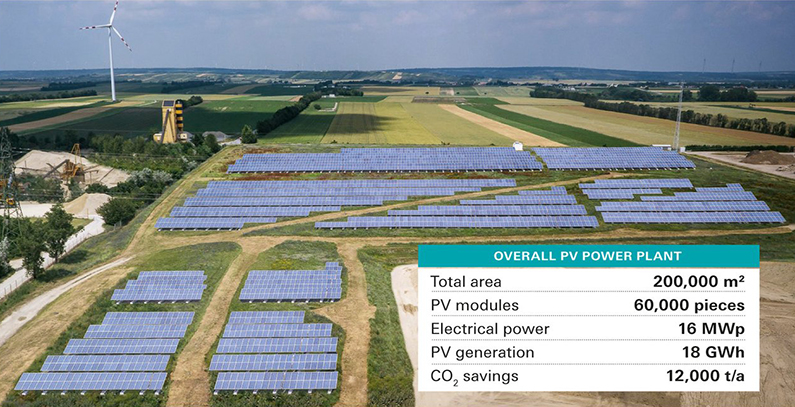 The focus of the strategic partnership is on evaluating and implementing power generation, power storage, and Power-to-X facilities, in order to promote self-sufficiency at OMV sites, preferably with energy from renewable sources. Additional international project opportunities are currently being assessed in Europe (Austria, Germany, and Romania), the Middle East, Asia-Pacific, and Russia, OMV said on its website.

Austria’s largest utility-scale solar park is set to be built at OMV sites in Weinviertel, Lower Austria. The plant will cover about 200,000 square meters owned by OMV and deliver around 18 GWh of power. The plant is set to start operating in the fourth quarter of 2020.

OMV and Verbund are also evaluating the option to build an electrolytic hydrogen production facility. It is a technology that takes power from renewables and uses it to split water via electrolysis. The green hydrogen that is produced by this process can be used for chemical production processes. OMV is primarily researching the use of hydrogen to hydrogenate CO2, in order to reduce carbon emissions from industrial facilities.

OMV’s move is one in a series of oil and gas companies’ efforts to diversify their portfolios towards renewable energy sources.

In May, Hungarian oil and gas company MOL signed an MoU with Slovakian company InoBat for the development of hydrogen energy projects in central and eastern Europe. MOL’s subsidiary INA plans to build two solar power plants with a total installed capacity of about 11 MW in Croatia. Last year, MOL announced its intention to install 3 solar power plants with a capacity of 18.3 MW.

The Hungarian company is also planning to install 40 charging stations for electric vehicles in Romania together with energy supplier E.ON Romania.

In March 2019, Greek oil company Hellenic Petroleum announced it plans to invest between EUR 200 million and EUR 250 million in the renewable energy sector over the next five years.

Slovenian energy company Petrol is also expanding its activities towards renewables. In September last year, the company has officially unveiled the Jeleč small hydropower plant (SHPP) on the Govza river in BiH. Petrol has four other SHPPs alongside Jeleč and operates a 20.7 MW wind farm in Šibenik, Croatia.