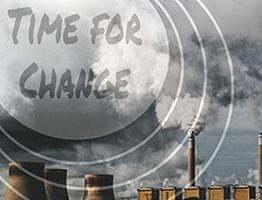 Electric power projects with lignite in Southeastern Europe pose a significant threat to European Union’s climate and energy goals that countries of the region should be fulfilling on their path to accession, an association of environmentalist groups said. China, along with 177 other countries of the world, has signed the Paris Agreement last month, but it is still developing facilities in the region in contradiction to its commitment, as it is currently the biggest investor in lignite, the report said.

So far two financing deals have been signed by Chinese banks for lignite power plants in the region. Stanari is funded by China Development Bank with EUR 560 million, while Kostolac B3 project has secured EUR 620 million from China Exim Bank. An annex of the contract regarding the building of Block 7 of thermal power plant Tuzla, a project worth EUR 730 million, was signed on May 4 at the Sarajevo Business Forum. It is considered the biggest post-war investment in the energy sector in Bosnia and Herzegovina.

Other potential projects where China’s support has been announced include Banovići, Ugljevik 3 and Gacko 2 in BiH. The investments exceed an overall EUR 3.4 billion. Projects proposed for funding also exist in Croatia, Kosovo and Montenegro, but are facing resistance, according to the statement. It was signed by SEE Change Net Foundation, Center for Environment, Center for Ecology and Energy, Ekotim, and CPI Foundation, all from BiH, and Cekor from Serbia.

“China should do what other big financing institutions, banks and trust funds have been doing for the last two years – ban loans for coal, that the taxpayers will be returning, and instead focus on investments in energy efficiency, renewable energy and job opportunities. We call on the China Development Bank and ExIm bank to help us get on the European pathway, improve the health of our citizens and the quality of our environment, as well as to share their great experience in wind and solar energy,” stated Igor Kalaba, coordinator at the Center for Environment.

“We want to warn our politicians and foreign investors that instead of development they are ready to boast about, they are actually about to lock this region into a destructive path by attracting investment in thermal power plants that emit large amounts of carbon dioxide,“ said Nataša Đereg, director of Cekor.