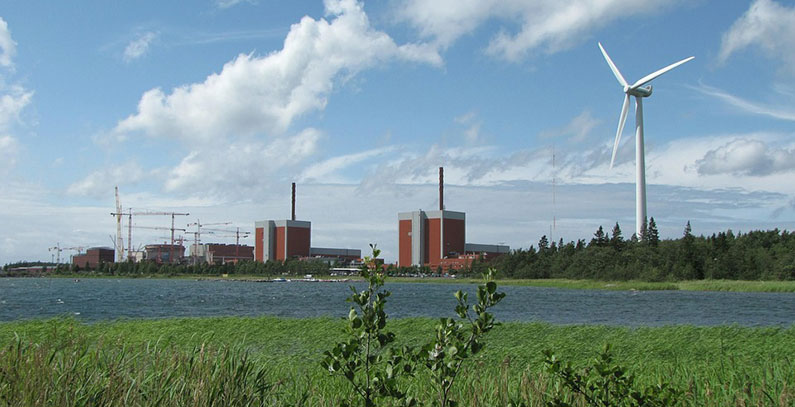 The adoption of an energy mix consistent with the Paris Agreement would create a cumulative addition of USD 485 billion in gross domestic product between 2019 and 2050 in Southeastern Europe (SEE), according to a report produced by the International Renewable Energy Agency (IRENA).

The document, announced at a regional workshop in Sarajevo in June, will be presented by Emanuele Bianco from the organization at the regional conference Renewable Energy Sources in District Heating and Cooling Systems to be held on December 5-6 in Belgrade.

“The next decade could prove to be a pivotal one for the energy sector in SEE. The region possesses considerable potential for developing renewable energy and improving energy efficiency. To harness this potential and fully achieve the energy transition, the region will need to set new targets, ensure a sustained investment in variable renewable energy technologies, develop its modern biomass industry and introduce a holistic policy framework,” IRENA advises.

The economies analyzed in the report are EU member states Bulgaria, Croatia, Romania and Slovenia; and the contracting parties of the Energy Community: Albania, Bosnia and Herzegovina, Kosovo*, Montenegro, North Macedonia, Moldova and Serbia.

Renewable Energy Market Analysis -Southeast Europe analyzes the energy landscape, the potential and costs for scaling up renewables, together with policy frameworks and investments that are required, and the expected socio-economic impact of transforming the area’s energy system.

IRENA estimates shifting the regional energy system to renewables would grow the economy of SEE by 2% by 2040 and 1% from then until 2050, compared to a business-as-usual case. It purportedly translates into a cumulative gain of more than USD 485 billion. 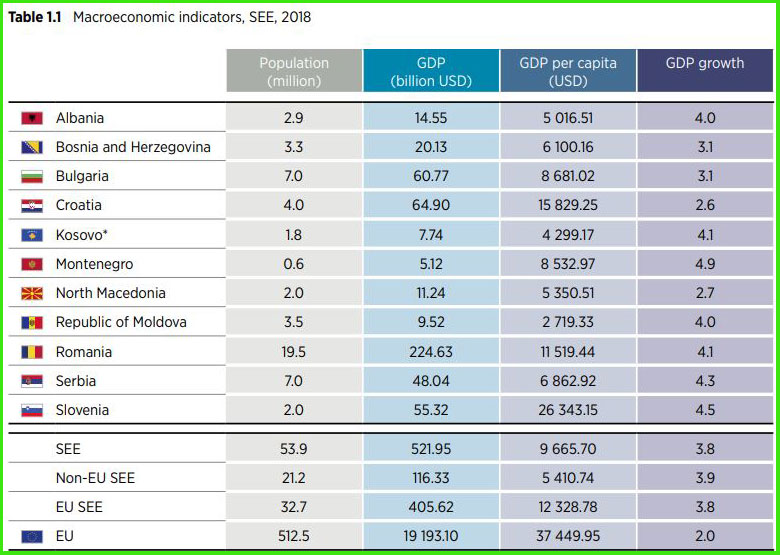 With the creation of new jobs in the renewable energy sector, an energy transition would also help tackle long-standing unemployment and brain drain issues, the authors found. The inclusion of social welfare benefits, such as improvements in health and air quality, ensures that potential gains further outweigh additional costs, IRENA said.

According to the report, the energy transition will involve the phaseout of the aged fossil fuel plants and the introduction of larger shares of renewable energy in SEE’s power and energy sectors.

Hydropower is apparently a very cost-competitive option for new power. Data from the IRENA Renewable Cost Database show that the weighted-average levelized cost of electricity or LCOE from hydropower in SEE decreased by a third from the 2011 to 2014 period to the 2015 to 2018 period. During the latter four years, the gauge was USD 0.083/kWh.

Even with a relatively high cost of capital, solar photovoltaic and onshore wind remain cost-competitive solutions for electricity generation, compared to fossil fuels

“Many SEE economies have often overlooked variable renewable energy technologies in their renewable energy plans, favoring the more traditional and established hydropower and biomass technologies, which were perceived as less expensive. Even with a relatively high cost of capital, solar PV and onshore wind remain cost-competitive solutions for electricity generation in the region today, compared to generation from fossil fuels,” the report reads.

The central value for last year’s total installation costs for solar PV landed at USD 1,215/kW (about 10% higher than the weighted-average of European countries outside SEE). Assuming a 7.5% cost of capital, the range can translate to LCOE between USD 0.093/kWh and USD 0.130/kWh. For SEE, a central LCOE value of USD 0.105/kWh was calculated for 2018. It is 5% higher than the weighted-average value for other European markets. 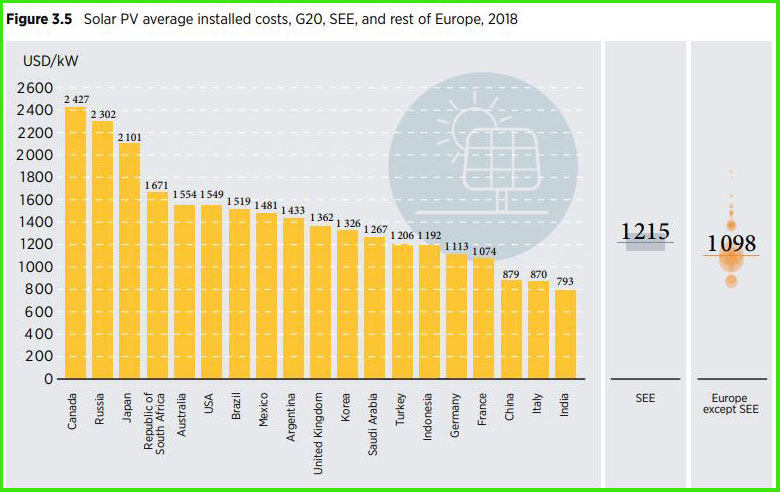 Driven by a global trend in falling expenses for turbines and project balances, total installed costs in SEE have decreased by 19% since 2010, the findings reveal. The weighted-average value in 2018 was USD 2,030/kW, 4% higher than in European markets outside SEE.

The abundance of wind resources in the region has enabled onshore wind to become an increasingly cost-competitive source of new power generation, with suitable locations being developed in recent years, IRENA said. The weighted-average LCOE of onshore wind projects commissioned in SEE during 2018 was USD 0.069/kWh, 43% lower than for those commissioned during 2010 and the lowest since then, and 4% lower than the weighted-average for projects in other European countries. 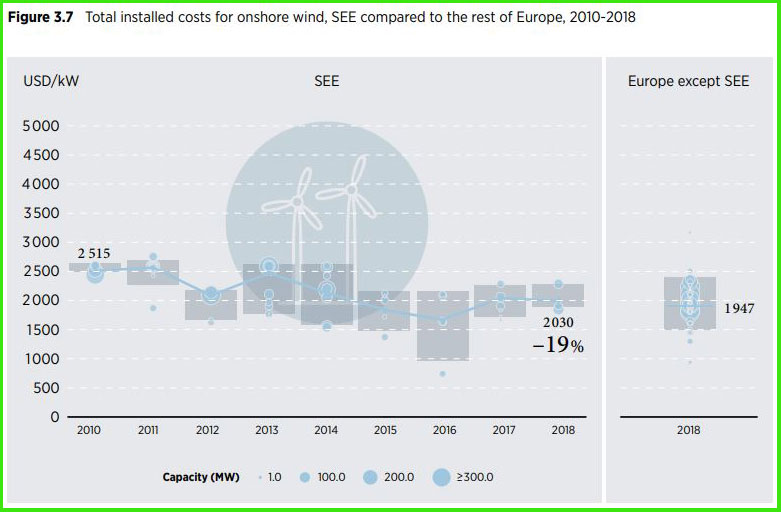 With the fall in costs for solar and wind technologies expected to continue, SEE could benefit greatly from further developing its vast potential, the global organization claimed. Both solar PV and wind generation can be even more cost effective than shown so far in this analysis, provided access to a low cost of capital becomes more prevalent in SEE, the report concludes.

Most of the renewable energy capacity is concentrated in the EU member states of SEE, while the rest of the region has been relatively slow with such endeavors. The countries in the trade bloc benefited from the early adoption of medium-term, technology-specific targets for renewable energy and the introduction of dedicated supporting policies, the analysis indicated. 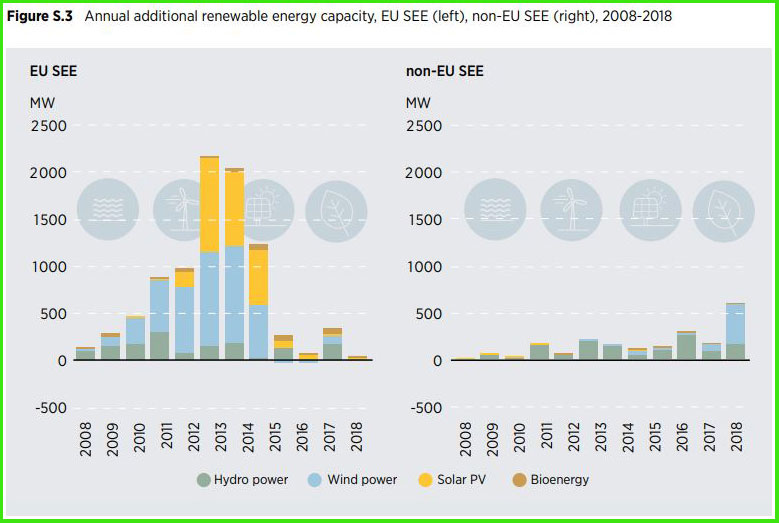 Overall, renewable energy investment remains fragile in SEE, in IRENA’s view. “The changing pattern of investment can be attributed to the presence (or lack thereof) of dedicated supporting policies. Without stable policy and regulatory frameworks, regional investment in renewable energy will continue to be sporadic,” the report reads. 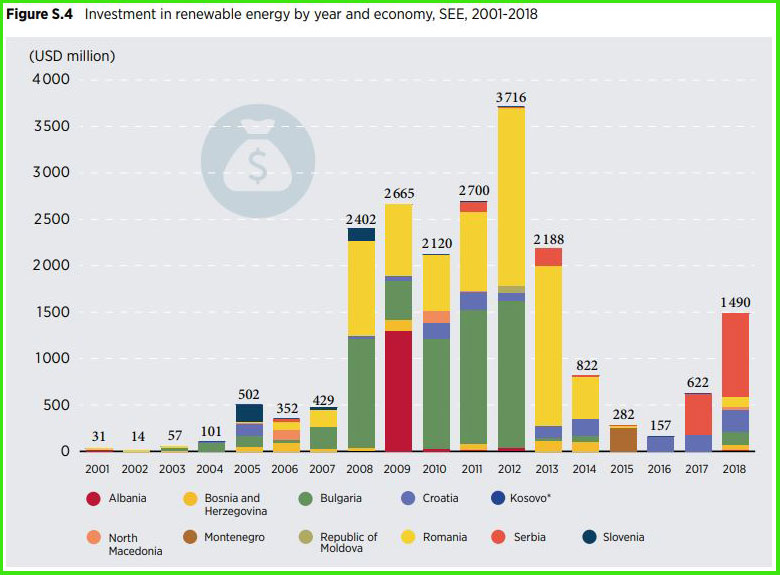 Success relies on the definition of the targets, analysts stressed.

“The adoption of the second EU Renewable Energy Directive (RED II) gives governments in SEE the opportunity to update and reset those targets. These updated targets could be designed to make better use of the improved visibility of the energy sector, adopt adaptation measures and realign targets to reinvigorate renewable energy deployment,” the report finds.

The document highlights that solid fossil fuels (hard coal and lignite) account for 43% of power generation and 3% of heat production for residential structures. In 2018, the average age of coal plants was said to be 41 years. According to the report, the aging infrastructure of the facilities and their negative environmental impact reveal the need for rapid shutdown of older plants and the suspension or improvement of the more recent ones.

IRENA suggests redetermining the role of fossil fuel power plants. “In particular, the energy transition will require high levels of flexibility in the power system. System integration costs would decline if investments were oriented towards flexible power plants and other flexible resources,” the report underlines.

Hydropower is the most horrific environmental crime!