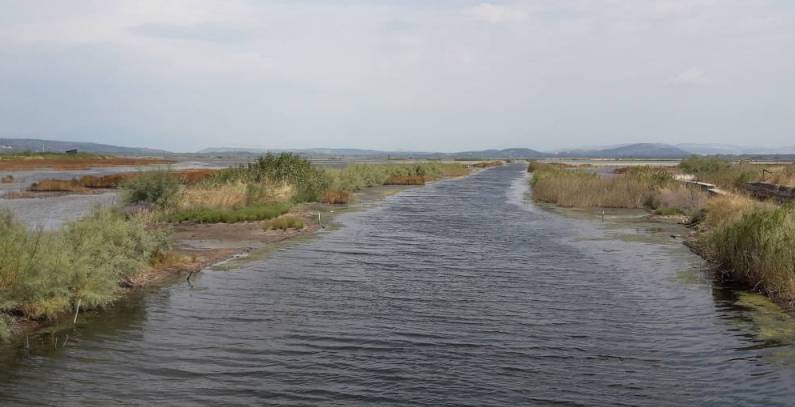 The Montenegrin public company in charge of national parks, the JPNPCG, has extended its lease on Ulcinj Salina for another year, announcing it will continue to implement activities aimed at protecting the biodiversity of this unique artificial ecosystem.

The lease on the salina, obtained from bankrupt sea salt producer Bajo Sekulić, was extended by signing Annex III to the 2016 lease agreement. The Government of Montenegro adopted a decision in 2015 entrusting Ulcinj Salina to the JPNPCG’s management, with the aim of conserving its biodiversity, the statement recalled.

Montenegro’s national park management company also said that activities to conserve the salina’s biodiversity will be carried out in coordination with the competent ministry, the Ulcinj municipality, and the Ulcinj Salina advisory body, as well as in cooperation with local and international experts, institutions, and organizations dealing with nature conservation.

To this end, the JPNPCG will prepare a proposal of the salina’s management plan for the upcoming one-year period, with the aim of safeguarding the biodiversity of this protected area, according to the statement.

The Ulcinj local authorities have recently adopted a decision declaring Ulcinj Salina a protected area, while the Montenegrin government nominated it for inclusion on the Ramsar List of Wetlands of International Importance, according to earlier reports.

A marshland of global importance for the feeding, breeding, and wintering of birds and an area of exceptional biodiversity, Ulcinj Salina is a habitat for half of Europe’s birds – around 250 species. The “signature” species of Ulcinj Salina in the past several years has been the greater flamingo (Phoenicopterus roseus), but also the Dalmatian pelican (Pelecanus crispus), a unique and distinct species which regularly visits the Salina area.

Covering 1,500 hectares of land, Ulcinj Salina is one of the largest salt flats in the Mediterranean, without which many bird species probably wouldn’t survive their 5,000-kilometer long migration from Africa to Europe and back.