Photo: Prime Minister in the Parliament (Government of Montenegro) 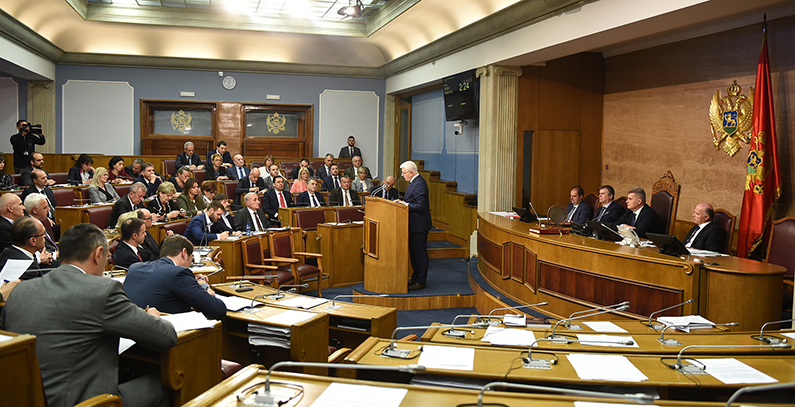 The Montenegrin government has decided to abolish the surcharge paid by consumers through electricity bills to fund the feed-in tariff scheme for privileged power producers. The funds collected through the surcharge will instead be secured through coal excise duty.

Answering MPs questions in the parliament, Prime Minister Duško Marković said the abolition of the surcharge will lower electricity bills by 1.5%-5%.

Instead of consumers, the fee will be paid by the government, with money collected from polluters that emit carbon dioxide, through excise duty on coal, Marković said, according to the Montenegrin government’s website.

Due to the abolition of the surcharge, public power utility Elektroprivreda Crne Gore (EPCG) has postponed to June 1 the introduction of 3 tariff models for customers, a move originally planned for May 1.

The introduction of these models, coupled with the abolition of surcharge OIE1 for the consumption of up to 300 kWh, will decrease the bills by 2.5%-5.5% for customers consuming up to 300 kWh a month, according to EPCG, state broadcaster RTCG reported.

At the end of last year, the government decided to start gradually reducing feed-in tariffs for renewables from January 2020.

By the end of the year, the construction of the Briska Gora solar power plant will begin, Marković said.

Along with these projects, preparatory work is underway for the construction of HPP Komarnica.