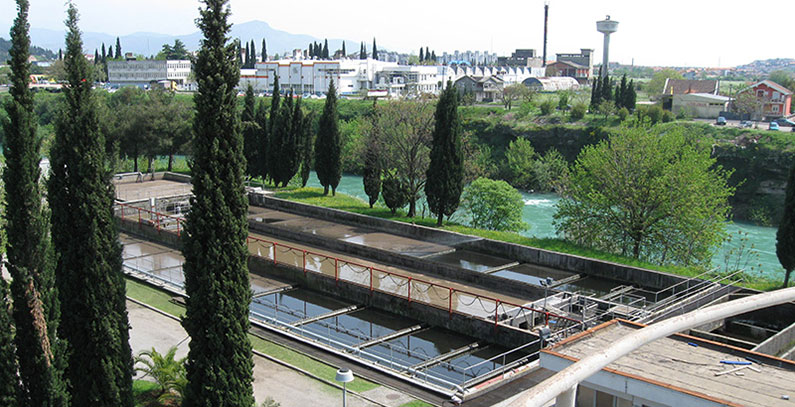 The European Union has approved a grant of EUR 9 million for the construction of a waste water treatment plant with a collector in the capital of Montenegro. The grant will be paid through the Western Balkans Investment Framework (WBIF) making Montenegro the first country in the region to get money for projects aimed at protecting the environment within the Berlin process.

The total value of the investment to construct the new waste water purification facility in Podgorica is estimated to stand at around EUR 50 million. The project will be financed with a loan from the German investment bank KfW and WBIF donation of total of EUR 10.1 million, the Podgorica city authorities said in a statement. WBIF has earlier approved grant of 1,1 million.

“The project to build a new waste water purification facility and a network of collectors will improve the quality of life and the health of the residents of Podgorica and will contribute to preserving the environment in a wider area, protecting the Morača river, Lake Skadar and underground waters which are one of the greatest natural resources of Podgorica,” Mayor Slavoljub Stijepović said commenting the decision to approve the grant.

The German companies Fihner and Avi Plan have drawn up studies which include solutions for the waste water purification systems in the Montenegrin capital, the city authorities said in the statement, adding that those documents will serve as the basis for the tender which will be called for the construction of the waste water treatment facility. Those studies were financed with a donation from the German federal government.

Podgorica has a waste water purification plant but experts have warned that the facility, which was built some time in the 1970s, has neither the capacities to handle the amount of waste water generated in the city nor can it treat those waters adequately. Experts said that some 50 percent of the city’s waste water flows directly into the Morača river without treatment which poses a danger to Lake Skadara which is shared by Montenegro and Albania and underground waters.