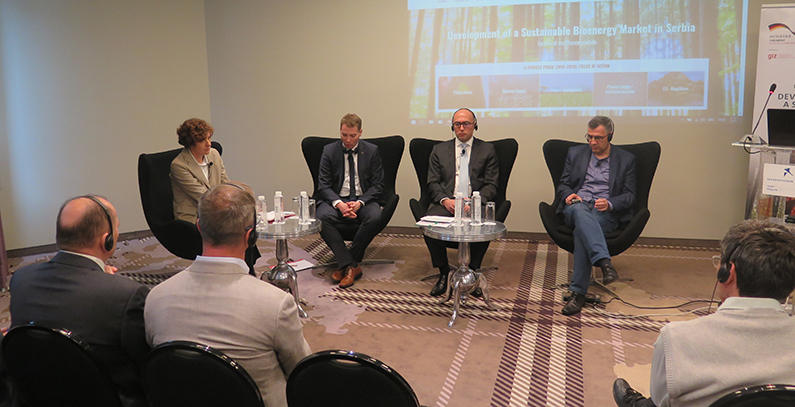 The decree on incentive measures for renewable energy sources expires at the end of this year, and the Ministry of Mining and Energy is already working on a new package of measures. It is difficult to say what will be the outcome will be, though we will seek to integrate two models – feed-in tariffs and feed-in premiums, Rastislav Kragić, a representative of the ministry, has said.

At the conference titled the Development and Impact of Measures on the Sustainable Growth of the Biogas Sector in Serbia, held in Belgrade, Kragić said that the most important thing for the ministry is for incentive measures to create a positive climate for the development of this sector and that its intention is therefore to keep the feed-in tariff system as long as possible.

The Decree on Incentive Measures for Electricity Generation from Renewable Energy Sources and High-Efficiency Cogeneration of Electricity and Heat expires at the end of 2018, after which a new one should be adopted. There is an initiative for Serbia to act in accordance with the Energy Community’s recommendations not to base the new incentive scheme on feed-in tariffs, but rather to align it more with market principles in order to foster producers’ competition, with feed-in premiums acting as an additional stimulation.

“The preparation of the new package of incentive measures is well advanced, but it is difficult to say now what the outcome will be. We will definitely try to integrate these two models,” he said.

The National Action Plan for Renewable Energy Sources envisages the construction of 30 MW biogas plants by 2020. So far, 12 power plants have been built with around 13.5 MW, and seven, with a capacity of 5.7 MW, currently have a temporary status of privileged energy producers.

Feed-in tariff for biogas at 17.22 eurocents per kWh

DankoVuković, chairman of the managing board of the Biogas Association of Serbia, said that the 2016 decree, by which the feed-in tariff was increased to 17.22 eurocents per kWh for a 1 MW biogas plant, is financially attractive for investors, as can be seen by the number of new projects initiated after its adoption.

“By using electricity from renewable energy sources, Serbia is approaching the EU’s environmental standards while with decentralized energy production, the country achieves a positive impact on economic development at the local level,” said Milica Vukadinović of the German-Serbian Development Cooperation’s Development of a Sustainable Bioenergy Market in Serbia program, which is implemented by the German Organization for International Cooperation, GIZ.

The conference was organized by the Biogas Association of Serbia, the Ministry of Mining and Energy and the German-Serbian Development Cooperation program.