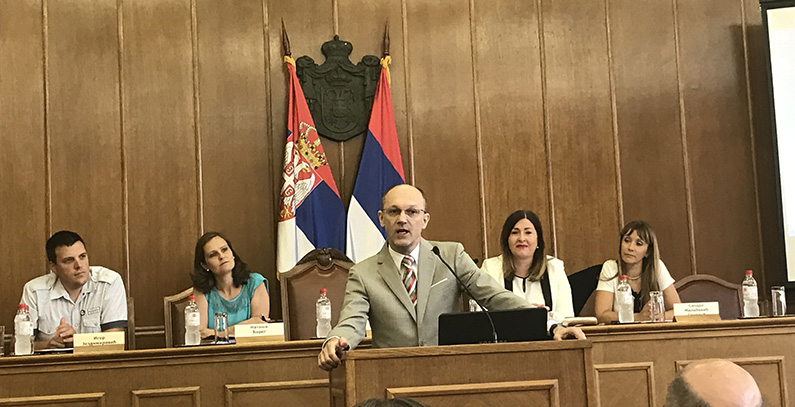 Minister of Environment of Serbia Goran Trivan announces consistent environmental fee collection not paid regularly by many domestic and foreign companies, as well as the beginning of the public-private partnership between the City of Belgrade and the French-Japanese consortium to rehabilitate the Vinča landfill next year.

In an interview with the Beta agency, Trivan stated that around 2,500 companies in Serbia did not regularly pay environmental fees, which is an obligation for all polluters emitting harmful substances, hazardous waste and packaging waste. For this reason, he announces system-level regulation of the area.

He said that the system of environmental fee payers’ records was inadequate and that it could currently only provide an indication of the exact number of companies and the level of their total debt towards the state. Therefore, the ministry has procured a software that will help determine the exact number of companies obliged to pay environmental fees, but also the level of their liabilities and debts.

The Minister of Environment expects this software to become operational late this or early next year.

Trivan considers that failure to pay the fee is unacceptable, as environmental protection is a matter of culture, and that absence of payment only demonstrates the lack thereof. He pointed out that he would fight for every dinar that the state did not get, and that no debt would be forgiven, as Serbia could not afford this luxury.

He pointed out Belgrade as a good example, where the list of environmental fee payers had been updated and reporting method altered. This secured results, whereas in the last five to six years, the collection increased from 600 million to 2.5 billion dinars.

The Serbian Ministry of Agriculture, which had until recently also been responsible for environmental protection, initiated an administrative procedure against 100 domestic and foreign companies because they failed to pay or owe environmental fees.

The media reported this also included the country’s largest oil company, Naftna Industrija Srbije (NIS), whose majority owner is Gazprom, which failed to pay this fee since it was introduced in 2010, which was allegedly provided for by the agreement signed between Serbia and Russia. This left the state budget without a total of EUR 9 million.

Trivan said that he had no insight into the debt of NIS at that moment, but emphasized that everything would be resolved in accordance with the law.

He added that his experience with NIS while working for the administration of Belgrade showed that this company was ready for cooperation and that there was no reason to expect anything short of that.

PPP agreement for Vinča by late this year

Trivan expects that an agreement with the French-Japanese consortium Suez-Itochu, the only one which provided a binding offer for the public-private partnership for the Belgrade’s Vinča landfill development, will be signed by late this year. When this is done, he said, the project for the treatment and disposal of municipal waste could start by late next year.

Trivan hopes to secure a concession for at least 20 years, to redevelop a 40 years old landfill, spanning 68 hectares and receiving 2,700 tons of trash per day, in the most modern and environmentally safe way. He said that it was too early to talk about other details that would only be specified by the agreement. However, he believes that it is good that the City of Belgrade will preserve the resource such as waste under its jurisdiction.

The project, estimated at 300 million euros, should, inter alia, enable the closure of the existing landfill, use of landfill gas to generate energy, seepage water treatment, construction of municipal waste treatment facilities, generation of heat and electricity and development of a construction waste recycling facility.

Trivan added that not all waste would be incinerated, only the amounts which could not be recycled, as well as that the environment would be protected under international standards. According to him, the price of trash collection services paid by the citizens of Belgrade who will be obliged to sort waste in their homes, to facilitate recycling, will be increased when the public-private partnership project reaches full capacity.