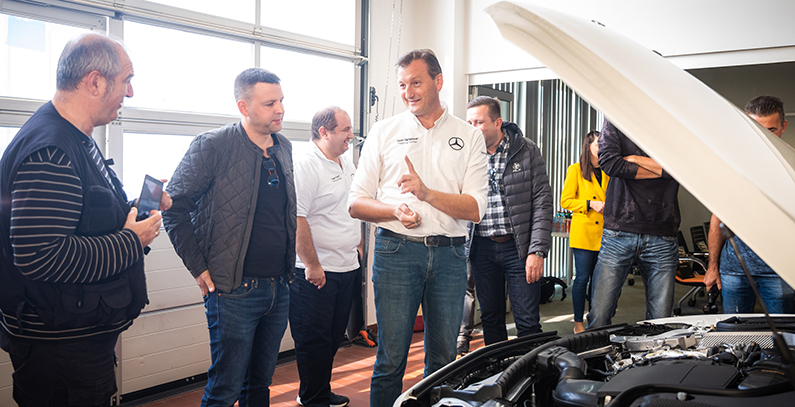 Star Import, a Mercedes-Benz and smart dealer for Serbia, Montenegro, Bosnia and Herzegovina, and Albania, has organized a training session for media representatives to showcase a brand new model, the E-Class plug-in hybrid.

Experienced trainers from Mercedes-Benz training centers presented all the innovations in the electrification of the Mercedes-Benz brand portfolio, as well as specific advanced technologies that are being applied for the first time to the E-Class plug-in hybrid, Star Import said in a press release.

Media representatives had the opportunity to recall the history of the introduction of electric engines in the Mercedes-Benz brand since 1882, but also to get familiar with all the new features of the new EQ brand, with special reference to plug-in hybrid vehicles.

Daimler AG has announced a powerful expansion of the plug-in hybrid vehicles portfolio under the EQ Power brand – by the end of 2019 there should be ten and by the end of 2020 as many as 20 models. The plug-in portfolio can now offer not only E-Class and C-Class sedans and wagons, but also compact A-Class and B-Class, and popular SUVs such as the GLE and GLC.

An important innovation for the Serbian market is the launch of plug-in hybrid cars starting this year. The model in question is the E-Class 300 de, which starts at EUR 47,500, an example of advanced Mercedes-Benz technology, which has positioned itself as the only manufacturer on the market to offer a diesel engine in combination with plug-in technology, the press release reads.

Plug-in hybrid models represent an important step in the development of technology to drive without emissions. At the same time, these vehicles are both practical and efficient.