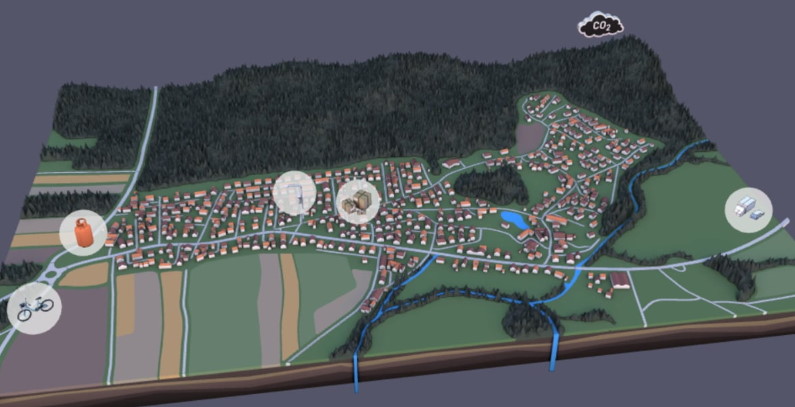 Households in the Mlaka pri Kranju suburb in Slovenia’s fourth-largest city, are soon getting access to real-time information on their gas, water and power expenditure. The smart solutions implemented in Kranj should ease the local authority’s overall planning and emergency response and slash losses for utilities. Companies are helping with digitalization, including transportation and air pollution data, to complement a local infrastructure project.

Ljubljana-based engineering company Riko joined forces with several local firms in a pilot project that would pave the way for Kranj to become a smart city. Under the municipality’s guidance, they are enabling the collection, display and analysis of data from smart meters for electricity, gas and water and smart sensors for air quality and traffic.

Authorities in the city of almost 40,000 inhabitants will use the information from the Mlaka pri Kranju neighborhood for a model intended to be applied in entire Kranj, located northwest of Ljubljana, and even in nearby countries. The goal is to raise the quality of life of citizens with useful digital solutions.

The capital of the Upper Carniola or Gorenjska region managed to get 3fs, Iskraemeco, Komunala Kranj, Domplan, Elektro Gorenjska and Vigred to participate voluntarily and provide the funds themselves. Mlaka was chosen for the digitization push as its infrastructure is already under reconstruction within the Gorki 2 project.

The smart devices enable the display of the data through mobile applications for individual areas and given time intervals. Smart Mlaka is the first such project in the country and it is scheduled to be finished by the end of the year.

It will cover public lighting and its carbon footprint. To lower consumption and lighting pollution, the system will be turned on when people are in the streets and there is a possibility to adjust the lighting power. Live insight means any unusual change can be detected and the authorities will more easily identify accidents or other events.

Citizens in the Kranj suburb are about to get access to air pollution information from the smart system together with notifications about potential hazards and adverse weather conditions. The traffic data will be used for planning with regard to safety, while in emergencies it will be easier for first responders to reach locations as traffic signals can be managed.

Real-time consumption indicators for water, electricity and gas make it possible for households and utilities to immediately react to leaks and protect people and property. Sensors will count the number of cyclists to determine mobility trends and smart shafts are designed to register when they are open and detect rodents.

The head of Komunala Kranj, Matjaž Berčon, acknowledged water losses in the utility’s seven hundred kilometers of water supply system are at 34%. Now the company will run two main meters and 485 users will have their own devices, so any leaks will be seen almost instantly. Households earlier had a maximum of six readings per year, so it could take months to repair burst pipes.

There are 1,500 people living in Mlaka pri Kranju. Kranj Mayor Matjaž Rakovec said the municipality would continue to cofinance such projects.