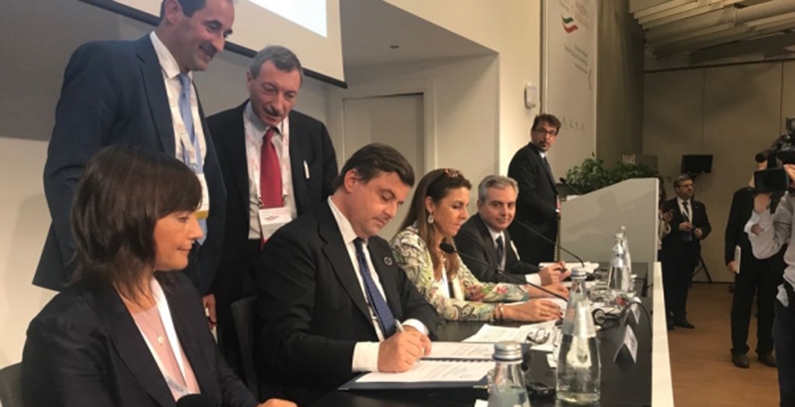 The WB6 Memorandum of Understanding (MoU) on regional electricity market development was signed by Italian Minister of Economic Development Carlo Calenda on the occasion of the WB 6 Summit on July 12 in Trieste.

This is the first time that the MoU was signed by an EU Member State at ministerial level.

“What we have signed today is a significant achievement in supporting this initiative for the market coupling among the EU and the WB6. We hope that also other Ministries of EU neighboring Member States will soon join an initiative which will bring many benefits to the energy market in this region and will facilitate market integration,” Calenda said.

Director of Energy Community Secretariat Janez Kopač said that Italy is the frontrunner from EU side in terms of market coupling with the Western Balkans, adding that the Italian national energy regulator was the first EU stakeholder to sign the MoU in September 2016.

“Today’s signature will contribute to the success of market coupling and balancing in the region, and should set an example for ministries from other neighboring EU Member States as well. In concrete terms, it will help to facilitate market coupling of Italy with the Western Balkans as one of the key steps towards cross-border trade through the submarine cable between Italy and Montenegro,” he said.

The MoU was originally signed by the WB6 members of the Energy Community in April 2016. Since then, it has evolved into a common platform of cooperation between WB6 and EU Member States on coupling their day-ahead and balancing markets.