Hungary interested in investing in energy capacities of Montenegro

Photo: Ministry of Economy of Montenegro 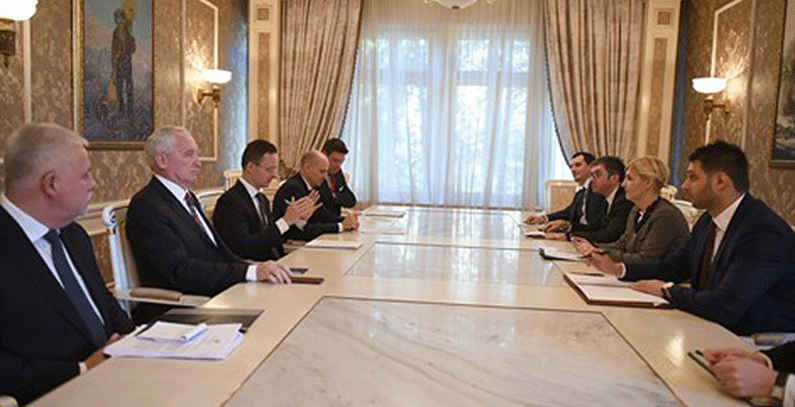 Hungarian companies are interested in investing in Montenegro’s energy sector, said Peter Szijjarto, Hungarian Minister of Foreign Affairs and Trade, during his recent visit to Podgorica.

Investing in Montenegro’s energy capacities is of a particular interest to Hungarian companies, the minister said during a meeting with Montenegrin economy minister Dragica Sekulić. According to Szijjarto, Montenegro has significant energy potential.

Regarding economic cooperation between the two countries, bilateral relations have recently been given a new impetus as Hungarian businesses are interested in further major investments not only in the energy sector but in the banking and tourism sectors, the Hungarian ministry statement reads.

The hosts of the meeting in Podgorica explained in detail the realization of the undersea cable between Montenegro and Italy, the project that significantly opens possibilities for foreign investments in the energy sector of Montenegro.

According to the Ministry of Economy statement, minister Sekulić also presented her Hungarian counterpart with current developments in the field of energy, as well as the economy in Montenegro.

The project of building an undersea cable between Montenegro and Italy, as a part of Trans-Balkan Corridor, will enable Montenegro to become a regional hub for electricity transmission from the Western Balkans (Montenegro, Bosnia and Herzegovina and Serbia) to Europe. Authorities in Montenegro say that transmission of the electricity would provide CGES with a decent income, based on the 20% stake in the power cable capacity.

The task of putting the cable of nominal capacity of 1.000 MW from Peskara in Italy to Lastva on the other side, on the Adriatic seabed, along with an optic telecommunications cable was performed by the boat “Skagerrak” from the Norwegian branch of Nexans.

The 400 kV Trans-Balkan corridor construction will enhance connectivity of internal networks of Montenegro, Serbia, and Bosnia and Herzegovina as well as their transnational interconnectivity. There will be increase in connection with Romania, Bulgaria and Hungary. That brings many opportunities for cable project to be taken advantage of and further connect Balkan energy markets with Italian and Western markets.