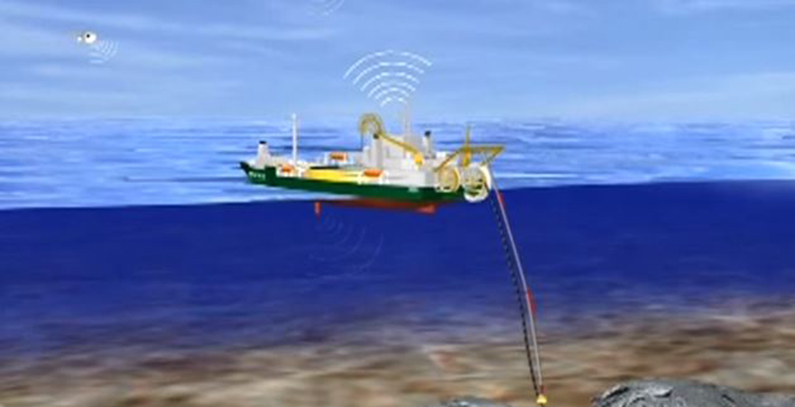 Building of 400 kV underwater power cable between Montenegro and Italy has just started from Montenegrin side with an official ceremony held in Jaz Cape, located between towns of Budva and Kotor. The cable will be built by Italian electricity transmission company Terna and Montenegrin Electric Power Transmission (CGES).

Once the underwater power cable is built, it will be 455 kilometers long and it will be spread from Italian coastal city Pescara until Jaz Cape in Montenegro. The project has been the subject of international agreement between governments of Italy and Montenegro as it has strategic significance for both countries. It will have wider positive consequences for the Balkan region and whole energy community as it adds up to development of Trans-Balkan route. It also has support from European Union which was backing up the project with initial EUR 25 million grant.

The value of the project is in the magnitude of EUR 1 billion with Italian side investing around 80 percent and Montenegrin side around EUR 100 million which includes building of a substation in Lastva. The contract will last for 40 years, and revenues will be shared 80% for Italian and 20% for Montenegrin side. The European Bank for Reconstruction and Development and German Development bank KfW funded majority of Montenegrin investment.

For Italian Terna, it is of crucial importance to get connected with Balkan markets, especially Bulgaria and Romania, where there is notable surplus of power for export.

Prevention of negative impacts on ecosystem

The project is planned to be completed by 2018 and it will supposedly have transmission power of 1 GW. The building permit was obtained in July, 2016 and according to it, investor loses its building rights if it doesn’t start building within two years. Italian Terna, as major investor, is committed to sustainable development of the project claiming that cable will not pollute the environment and that there will be no harmful radiation associated with it. There is also plan in place to monitor the zone where cable will be passing, to prevent possible negative impacts on the ecosystem. For objectivity purposes some public research institutions will operate this task for the period of two years after cable is being completed/cable’s completion. .

The project faced opposition by Croatian Ministry of Economy, which requested partial change of cable route. Initially it was planned for cable to pass through Croatian oil and gas exploration areas. There were also protests by Italian citizens who were concerned for the health of their environment. These issues were overcome successfully and project has been now officially sanctioned.

Once completed the cable project will bring many benefits to both partners especially in conjunction with planned Trans-Balkan corridor project. The 400 kV Trans-Balkan corridor construction will enhance connectivity of internal networks of Montenegro, Serbia, and Bosnia and Herzegovina as well as their transnational interconnectivity. There will be increase in connection with Romania, Bulgaria and Hungary. That brings many opportunities for cable project to be taken advantage of and further connect Balkan energy markets with Italian and Western markets. Along with other benefits such as stability and security for the grid, the project will bring employment opportunities for local citizens.